The Split By Sharon Bolton 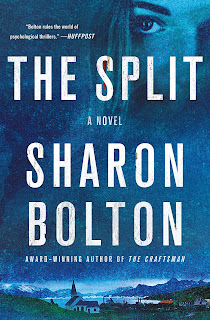 Tense, gripping and with a twist you won't see coming, The Split is an explosive new stand-alone thriller from Sharon Bolton about a woman on the run.
No matter how far you run, some secrets will always catch up with you...
The remote Antarctic island of South Georgia is about to send off its last boat of the summer – which signifies safety to resident glaciologist Felicity Lloyd.
Felicity lives in fear – fear that her ex-husband Freddie will find her, even out here. She took a job on this isolated island to hide from him, but now that he's out of prison, having served a term for murder, she knows he won’t give up until he finds her.
But a doctor delving into the background of Felicity and Freddie's relationship, back in Cambridge, learns that Felicity has been on the edge for a long time. Heading to South Georgia himself to try and get to her first is the only way he can think of to help her. 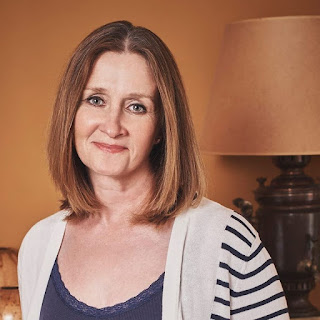 Sharon (S.J.) Bolton grew up in a cotton-mill town in Lancashire and had an eclectic early career which she is now rather embarrassed about. She gave it all up to become a mother and a writer.

Her books have been shortlisted for several international awards, including the CWA Gold Dagger, the Theakston’s Old Peculier prize for crime novel of the year, the International Thriller Writers’ Best First Novel award and (four years running) the Mary Higgins Clark award for best thriller (Awakening actually won that one). Her latest book, Like This, For Ever, was published in April 2013 and will be followed by A Dark and Twisted Tide in May 2014.

Sharon lives with her family of four, one of whom is a food-stealing, rabbit-chasing lurcher, in the Chiltern Hills, not far from Oxford.

My Thoughts...
This was full of twists and I loved every bit of it. The ending was not one I saw coming, it was a good one. If you like thrillers that you don't see coming I have to recommend this one to you.
I was so happy that I sat down and pulled this off my to be read pile. It kept me reading into the night.
I gave this book 4 stars and I recommend it.
The Mary Reader received this book from the publisher for review. A favorable review was not required and all views expressed are our own.
Posted by Mary Jackson at 5:48 AM