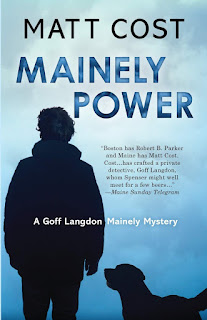 Was Harold Dumphy killed to cover up something at the nuclear power plant where he was the head of security?

This is what Harold's widow asks Goff Langdon, private detective, to find out. Langdon is a laid back, slacker detective, happy with his work, friends, and way of life in the town of Brunswick, Maine. To compliment his income in small town Maine's scarce private detective market, Langdon also owns and operates a mystery bookstore named after his trusted companion, Coffee Dog.

With the help of Bart, the bear of a cop; Jimmy 4 by Four, the hippie lawyer; the immigrants Jewell and Richam; and his true desire and employee, Chabal-Langdon sets out to do just that. And then he is framed for not one, but two murders, and events become very complicated.

Follow Langdon and his band of friends as they attempt to untangle the web of intrigue and return Brunswick to "the way life should be." 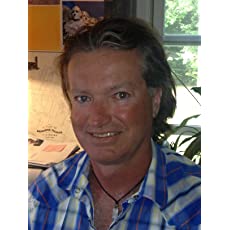 Matthew Langdon Cost has wanted to be a writer since age eight. "I Am Cuba" is his first traditionally published novel. He has also self-published another work of historical fiction, "Joshua Chamberlain and the Civil War: At Every Hazard". Encircle Publications will be publishing his Mainely Mystery trilogy over the course of the next year: "Mainely Power" is due out in September, "Mainely Fear" in December, and "Mainely Blackmail" in May of 2021. Over the years, Cost has owned a video store, a mystery bookstore, and a gym. He has also taught history and coached just about every sport imaginable. He now lives in Brunswick, Maine, with his wife, Harper. There are four grown children: Brittany, Pearson, Miranda, and Ryan. A chocolate lab and a basset hound round out the mix. He now spends his days at the computer, writing. You can keep up with Matt by visiting facebook.com/matt.cost.3, www.mattcost.net, and on Twitter, @MattCost8.
My Thoughts..

I read this but I want to let you know up front it is self published and has not been through the editing process of that from a traditional publisher. So before you come back and yell a me for not telling you it was a self published book keep in mind as you read on I am commenting my opinion of the story itself. I was told by the author that I was given an uncorrected copy. I can not say if it has been edited after the fact. You might find it a story you would like to read. The Mary Reader received this book from the publisher for review. A favorable review was not required and all views expressed are our own.