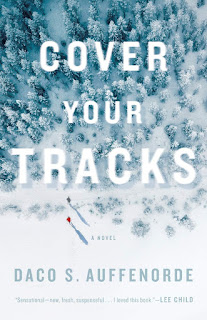 Margo Fletcher, eight months pregnant, is traveling by train from Chicago to Spokane, her childhood home. While passing through an isolated portion of the Rockies in blizzard conditions, the train unexpectedly brakes. Up ahead, deadly snow from a massive avalanche plummets down the mountain. Despite the conductor’s order for the passengers to stay seated, former Army Ranger Nick Eliot insists that survival depends on moving to the back of the train. Only Margo believes him. They take refuge in the last train car, which Nick heroically uncouples in time to avoid the avalanche. The rest of the train is hurled down the mountainside and is soon lost forever in a blanket of snow. Margo and Nick, the sole survivors, are stranded in the snowstorm without food, water, or heat. Rescuers might not arrive for days.

When the weather turns violent again, the pair must flee the shelter of the passenger car and run for their lives into the wilderness. They must fend off the deadly cold as well as predatory wild animals foraging for food. Eventually, Nick leads Margo to shelter in a watchtower atop a mountain. There, we learn that both Margo and Nick have secrets that have brought them together and threaten to destroy them.

Cover Your Tracks is a chilling story of love and hate, the devastating power of nature, and the will to survive.
Pick up your copy here...
https://www.amazon.com/Cover-Your-Tracks-Daco-Auffenorde/dp/1684425506/ref=sr_1_1?crid=1JGMSJIAN4361&dchild=1&keywords=cover+your+tracks+daco+auffenorde&sprefix=Cover+your+Tracks%2Caps%2C181&sr=8-1 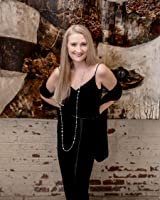 Born at the Naval hospital in Bethesda, Maryland and raised in Huntsville, Alabama—also known as Rocket City for its role in building the rocket that took astronauts into space—Daco holds a B.A. and M.A.S. from The University of Alabama in Huntsville and a J.D. from the Cumberland School of Law. She is a member of the International Thriller Writers, Mystery Writers of America, Romance Writers of America, Society of Children’s Book Writers and Illustrators, Alabama Writers' Forum, Authors Guild, and Alabama State Bar.
My Thoughts...
All I seem to want to read lately is psychological thrillers. I devour them in just a few hours. I must say that this was a good one to take my mind off all the crazy in the world right now. This was a story of love & hate and I was entertained until the very end. I can't wait to read Auffenorde's next book.
grab your copy of this 4 star read.
The Mary Reader received this book from the publisher for review. A favorable review was not required and all views expressed are our own.
Posted by Mary Jackson at 5:08 AM