With or Without You By Caroline Leavitt 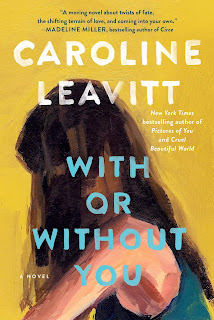 New York Times bestselling author Caroline Leavitt writes novels that expertly explore the struggles and conflicts that people face in their search for happiness. For the characters in With or Without You, it seems at first that such happiness can come only at someone else’s expense. Stella is a nurse who has long suppressed her own needs and desires to nurture the dreams of her partner, Simon, the bass player for a rock band that has started to lose its edge. But when Stella gets unexpectedly ill and falls into a coma just as Simon is preparing to fly with his band to Los Angeles for a gig that could revive his career, Simon must learn the meaning of sacrifice, while Stella’s best friend, Libby, a doctor who treats Stella, must also make a difficult choice as the coma wears on.When Stella at last awakes from her two-month sleep, she emerges into a striking new reality where Simon and Libby have formed an intense bond, and where she discovers that she has acquired a startling artistic talent of her own: the ability to draw portraits of people in which she captures their innermost feelings and desires. Stella’s whole identity, but also her role in her relationships, has been scrambled, and she has the chance to form a new life, one she hadn’t even realized she wanted. A story of love, loyalty, loss, and resilience, With or Without You is a page-turner that asks the question, What do we owe the other people in our lives, and when does the cost become too great?
Pick up your copy here...
With or Without You: A Novel: Leavitt, Caroline: 9781643751436: Amazon.com: Books 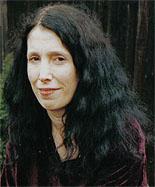 I'm the New York Times Bestselling and USA Today bestselling author of Is This Tomorrow and Pictures of You, and the award-winning author of eight other novels. Pictures of You was a Costco "Pennie's Pick," a San Francisco Chronicle Lit Pick, and it was also on many Best of 2011 lists, including the San Francisco Chronicle, the Providence Journal, Bookmarks Magazine, and Kirkus Reviews, which also put the novel on their Top Five Novels about Family and Love list. My 10th novel IS THIS TOMORROW, was an Indie Pick, A Jewish Book Club pick, a Best Book of the Year from January Magazine, and also a New York Times bestseller and long-listed for the Maine Readers Prize. CRUEL BEAUTIFUL WORLD was an Indie Next Pick and a Best Book fo the Year from BlogCritics and The Pulpwood Queens (they have a thousand bookclubs across America.) WITH OR WITHOUT YOU will be out from Algonquin August 4, 2020. I'm a New York Foundation of the Arts Fellow, a Goldenberg Fiction Prize Winner, and a Sundance Screenwriting Finalist. I teach writing at UCLA and Stanford online, have private clients, and I'm a book critic for People and the San Francisco Chronicle. I'm deliriously happily married to the writer Jeff Tamarkin (his book, Got A Revolution: The Turbulent Flight of Jefferson Airplane, was one of the top music books of the year, and ShellShocked) and we have an actor son.Please follow me on twitter at @leavittnovelist and on Facebook athttps://www.facebook.com/carolineleavittMy website is www.carolineleavitt.com
My Thoughts...
This book has all the feels. Sadness, Love, loneliness, Heart break, I was all over the place.
This story has some of the most authentic  characters. I am so  happy that I read it.
This is a 4 star book you have got to read.
The Mary Reader received this book from the publisher for review. A favorable review was not required and all views expressed are our own.
Posted by Mary Jackson at 3:05 AM