A Dress the Color of the Moon by Jennifer Irwin 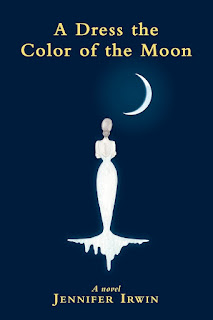 Prudence Aldrich is a sex addict. Five weeks ago, she checked into the Serenity Hills rehab center to prevent that addiction from ruining every important relationship in her life. Now Prue must face the trail of destruction she left behind, including mending the broken bond with her teenage son, finalizing the divorce from her husband, Nick, and using a newly learned set of skills to ward off her insatiable cravings for male attention-a compulsion that puts her friendship with lifelong pal Lily to the test. 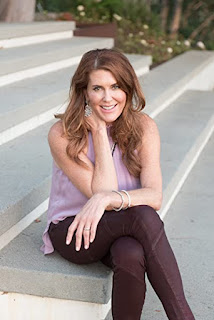 Jennifer Irwin’s debut novel, A Dress the Color of the Sky, was published in 2017 and has received rave reviews, won seven book awards, and was optioned for a feature film. Jennifer’s short stories have appeared in numerous literary publications including California’s Emerging Writers: An Anthology of Fiction. A Dress the Color of the Moon, the stand-alone sequel to her debut novel, is now available on Amazon. Jennifer is represented by Prentis Literary and currently resides in Los Angeles.

It is my hope that you will enjoy reading my novels and leave your review here on Amazon. If you are one of the millions of people suffering from an addiction of any kind I hope you find the help and treatment needed to live the healthy and fulfilled life you deserve.
My Thoughts...
I read Irwin's debut novel and enjoyed it so I was super excited to be on Suzy tour for book number two.
I really enjoyed it as well, very well written and hard to put down,
This is one that I would recommend for a cozy evening read.
4 stars from this avid reader.
The Mary Reader received this book from the publisher for review. A favorable review was not required, and all views expressed are our own.
Posted by Mary Jackson at 3:03 AM