Death of the Black Widow by James Patterson 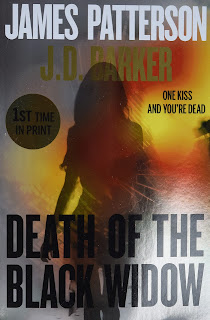 She destroys the men she loves—and escapes every time. The most dangerous killer James Patterson has ever created is also his most seductive. On his first night with Detroit PD, Officer Walter O’Brien is called to a murder scene. A terrified twenty-year-old has bludgeoned her kidnapper with skill that shocks even O’Brien’s veteran partner. The young woman is also a brilliant escape artist. Her bold flight from police custody makes the case impossible to solve—and, for Walter, even more impossible to forget.
By the time Walter’s promoted to detective, his fascination with the missing, gray-eyed woman is approaching obsession. And when Walter discovers that he’s not alone in his search, one truth is certain. This deadly string of secrets didn’t begin in his home city—but he’s going to make sure it ends there.
Pick up your copy here...
Death of the Black Widow: Patterson, James, Barker, J. D.: 9781538753095: Books (amazon.com) 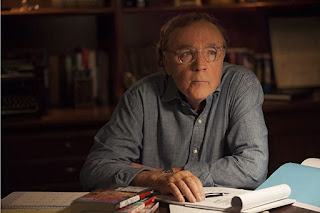 JAMES PATTERSON is one of the best-known and biggest-selling writers of all time. His books have sold in excess of 375 million copies worldwide. He is the author of some of the most popular series of the past two decades – the Alex Cross, Women’s Murder Club, Detective Michael Bennett and Private novels – and he has written many other number one bestsellers including romance novels and stand-alone thrillers.

James is passionate about encouraging children to read. Inspired by his own son who was a reluctant reader, he also writes a range of books for young readers including the Middle School, I Funny, Treasure Hunters, Dog Diaries and Max Einstein series. James has donated millions in grants to independent bookshops and has been the most borrowed author of adult fiction in UK libraries for the past eleven years in a row. He lives in Florida with his wife and son.
My Thoughts...
In true Patterson form this was a showstopper. I devoured this one in no time. If you haven't already this is one to add to your night stand it will keep you up reading way into the night.
I gave this one 4 stars I hope you get a chance to read it.
The Mary Reader received this book from the publisher for review. A favorable review was not required, and all views expressed are our own.
Posted by Mary Jackson at 3:25 AM