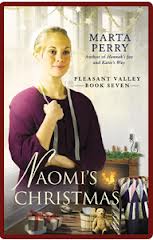 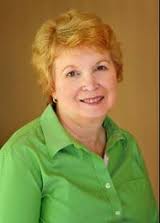 I realized I wanted to be a writer at age eight, when I read my first Nancy Drew novel, The Secret of the Old Clock. Most little girl reach the end of that book wanting to be Nancy. I wanted to be the person who created the story!
The dream lay hidden for years while I became a teacher, married, had children...all the usual things. But eventually it re-surfaced, and I began to write, beginning with short children's stories for Sunday school take-home papers. It seemed a long time until that first acceptance, but eventually I began to sell. After some three hundred published short stories, I finally found the courage to work on the novel I'd always wanted to write.
Thirty-some published novels later, I still feel the same excitement every time I begin a new book--a mix of not believing I can do it combined with an overwhelming urge to see the story on the page.
A lifetime spent in rural Pennsylvania and my own Pennsylvania Dutch roots eventually led me to the books I'm writing now about the Amish. The Pleasant Valley Amish series from Berkley Books are longer, more complex emotional stories with Amish main characters, while my forthcoming HQN suspense novels are more adventure-filled books set in Pennsylvania Dutch country. I'm also writing a Love Inspired series, The Bodine Family, set on the South Carolina coast where we have a second home.
When I'm not writing, I'm busy with church activities, traveling, and spending time with my three children and six beautiful grandchildren.

Book number seven of the Pleasant Valley Series, I LOVED it, it was my favorite of all of Marta's books.
I think it took me all of five hours to read it between phone calls, I did not want to put it down, such a fun book.
This book ends just the way that you want it to. I was so happy. Marta never disappoints, she is a super Amish author.
I love the warm Amish books that Marta writes.
I highly recommend this book and I gave it FIVE stars.
Posted by Mary Jackson at 8:18 PM