The Moses Quilt By Kathy Macias 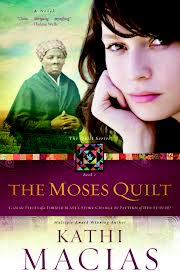 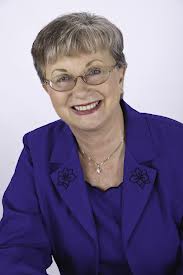 Award-winning author Kathi Macias has written nearly 35 books, including the “Extreme Devotion” series, Beyond Me, How Can I Run a Tight Ship When I’m Surrounded by Loose Cannons?, Mothers of the Bible Speak to Mothers of Today, the best-selling devotional A Moment a Day, and the popular “Matthews” mystery novels. Kathi has written commentary for Thomas Nelson’s Spirit-Filled Life Bible (Student Edition); was part of the devotional writing team for Zondervan’s New Women’s Devotional Bible; and has ghostwritten for several prominent individuals including Josh McDowell; former NFL player Rosey Grier; and the late chaplain of the United States Senate, Richard Halverson. An avid writer, Kathi has published numerous devotionals, articles, short stories, and poems in various periodicals. The readership of her weekly devotionals has grown into the hundreds of thousands, being picked up by the Christian Civic League, Black Christian News, Latino Christian News, Christians in Recovery, and crosswalk.com.
A former judge for the Christy Awards, which recognize Christian novels of excellence, Kathi has won numerous awards herself. These awards include the Angel Award from Excellence in Media, a Hollywood-based organization set up to improve the moral and ethical content of films, television shows, books, etc.; fiction awards from the San Diego Christian Writers Guild; Golden Scroll Novel of the Year (Red Ink), Carol Award finalist (Red Ink), 2011 Author of the Year from BooksandAuthors.net, and the grand prize in an international writing contest. A former newspaper columnist and string reporter, Kathi now serves as a staff member for the Christian Communicator Manuscript Critique Service and spiritual advisor to the Christian Authors Network. She has also appeared on several radio and TV programs.

A popular speaker for women’s retreats, conferences, and churches, Kathi has taught creative writing and business writing in various venues; and has served on staff at a large church in Southern California, where she participated in biblical counseling, trained small-group leaders, and oversaw support/recovery ministries. With women’s ministry as her primary interest, Kathi also loves reaching out to others through various prison and homeless ministries. Passionate about praying for and aiding the persecuted church around the world, Kathi is a mother and grandmother and currently resides with her husband, Al, in California.

I had such high expectations for Kathi's next book after reading her Christmas book. Boy she did not let me down, she has a real knack for writing books that grip your heart.
This is a series that you do NOT want to miss. I could not put the book down it was so good, I had to know what Mimi was going to tell about the Moses quilt next, I drank in every word she spoke to Mazie and Edward.
I Highly recommend this read, if you have never read a book by Kathi you will be a huge fan for life after reading this book.
5 Stars was just not enough for this book.
I was given a copy by the author
Posted by Mary Jackson at 2:30 PM