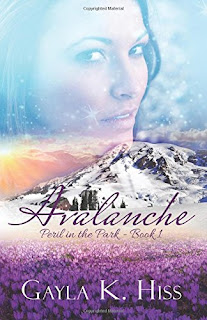 When Park Ranger Jenny Snowfeather runs into Deputy Marshal Chase Matthews at her brother's Fourth of July barbecue, she suspects there is more going on in Eagle Valley, WA than fireworks. After Chase confides that he believes the fugitive who killed his partner may be hiding out in the area, Jenny is skeptical at first. But when her peaceful town is besieged with a sudden crime spree, she realizes Chase's theory may be true. As the manhunt advances to the rugged backcountry of North Cascades National Park, Jenny is confronted with her past mistakes. But she soon discovers the greatest threat of all is losing her heart to Chase, who is obsessed with capturing the fugitive at all costs. Risking everything to help Chase find the man who could kill them both, Jenny's faith is put to the test. Like an avalanche waiting to happen, their path is fraught with danger. Will the enemy get away with murder? Will Jenny and Chase reach freedom and safety, or be buried alive? They must tread carefully. One step in the wrong direction could mean the difference between life and death. 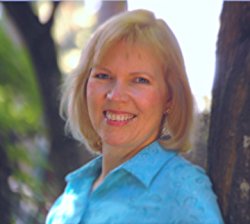 1. Tell us why you wrote Avalanche?

After camping in the national parks and developing a fascination with outdoor survival
and wilderness adventures, I began to think about writing a series of books set in our
national parks. Then one summer, while hiking in the Cascade Mountains, I noticed the
trails closed due to the avalanche danger. At that time, I didn’t know avalanches could
occur in summer months, and the idea intrigued me. I chose North Cascades National
Park for the setting because it is the perfect place for a wilderness adventure. Its
spectacular mountain scenery and rugged backcountry are a hiker’s dream, but there
are a few hazards too. Naturally, the heroine had to be a park ranger, and she’s of
Native American descent so her roots go deep into the Cascades where her ancestors
were from. Avalanche is book 1 in my inspirational romantic suspense series, based in
the national parks.

2. What is the most important thing you hope readers take away from reading
Avalanche?
That true justice and freedom come from God. A common theme in my
books is getting back to the simple things in life like faith, family, and the land. I feel like
we’ve become so busy and distracted we’ve lost touch with those three basic things. To
me, there’s nothing more enjoyable and restorative than going camping outdoors and
connecting with God, the Creator. We are so blessed to have our state and national
park system. I want future generations to value and enjoy them too.

3. How much of yourself do you write into your characters?
I intentionally try to make my characters different than myself, but they have some of the
same desires and struggles. They are definitely more adventurous and courageous than
I am, but they have their flaws too.

4. How do you choose your character's name?
I put a lot of thought into all of my characters names, probably too much. I sometimes
make up names to sound different. I want the names to reflect the essence of the
character, without distracting too much from the story.

5. If you could have one superpower what would it be and why?
To heal people. There are so many people suffering in the world right now with all sorts
of afflictions. I wish I had the power to instantly heal them all, but I’m thankful I can pray
for them and that God has the power to heal them in His timing and according to His
plan, which is so much better than mine would ever be.

6. I am a dog lover. Tell us what role animals play in your books, if any.
I love to include all sorts of animals in my stories, especially since nature and wildlife
preservation is an important function of our national parks. In Avalanche, the heroine
has two Husky-mix dogs, Fred and Ginger, which she found abandoned in the park
when they were pups. They also have a little wolf in them, and now that they’ve reached
the time, they’re loveable puppy dogs.

7. Where can my blog readers keep up with you?
My Facebook Readers Group is a great place. I’m also on Amazon and Goodreads, and
my website is: www.gaylakhiss.com.

Thank you so much for hosting me, Mary!


You can pick up your copy here...
https://www.amazon.com/Avalanche-Contemporary-Romance-Suspense-Peril/dp/194395917X/ref=tmm_pap_swatch_0?_encoding=UTF8&qid=&sr=


Leave a comment for your chance to be entered to win a copy of Avalanche!
Posted by Mary Jackson at 6:48 AM