Mandisa Out of the Dark CD GIVEAWAY 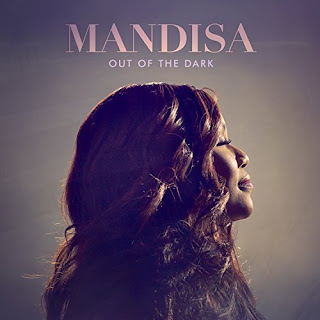 MANDISA is back with a NEW CD “OUT OF THE DARK”.


Story Behind The Album: https://www.youtube. com/watch?v=Df27myDpm1c
Acoustic Video for "Unfinished”: https://www. youtube.com/watch?v= IQFpXcvFI0A
Purchase link: http://smarturl.it/ OutOfTheDark.all?IQid=flyby
Mandisa wrote her song “Overcomer” in 2013 to encourage her close friend Kisha, who was battling breast cancer. Mandisa really believed and prayed that God was going to heal her, but when Kisha went to be with Jesus in 2014, Mandisa’s foundation was shaken in a way she never expected. She fell into a deep pit of depression for close to 3 years, shutting out her friends, family and the rest of the world. Mandisa believes if she had kept going down that road she was on, she would not be here today… but God stepped in and lifted her out of that pit by using her close friends to communicate their love for her and God’s love for her. This album is Mandisa’s way of letting her fans into her story – it’s called 'Out Of The Dark' because that is exactly where God lifted her out of!
You can watch her talk openly about this on Good Morning America last week here: http://abcnews.go.com/ GMA/video/mandisa-opens- overcoming-depression-47020463

Coming off her most successful album ever, Mandisa has returned with an all new studio album, Out Of The Dark. Her previous album, Overcomer, produced an RIAA Gold single, garnered 2 Grammy Wins, and has sold over 320,000 albums. After the success of Overcomer, Mandisa fell into a deep depression, isolating herself from friends, family, and music. But now she is emerging from the pit of depression with a new album and a new outlook on life. Leading with the hit single, 'Unfinished,' Out of The Dark is filled with songs of hope, resilience, & reminders that God is still working, no matter the circumstance. The new album also features guest artists TobyMac, Kirk Franklin, and more. With more than 1.4 million records sold, the American Idol album is a voice of encouragement and trust to people facing's life's challenges all around the world. Mandisa's previous album, Overcomer, debuted #1 on the Billboard Christian Albums Chart and featured the smash hit single of the same name. That album awarded Mandisa with 2 Grammy Awards and unprecedented media exposure, performing on Good Morning America and singing the National Anthem at a televised NFL game. This spring, Mandisa joined TobyMac on his Hits Deep Tour, hitting arenas all across the country.


This was such an uplifting CD. I could tell Mandisa was coming out of a deep depression. The words of the songs were a telling story. This Cd also features guest artists TobyMac, Kirk Franklin, and more
I have listened to the CD a few times and I have to say it just might be Mandisa's best one yet.
It takes you away to a better place.
If you are struggling with being down, loss of hope, feeling alone, asking where God is. Then this is your CD, it will lift you up and give you the hope that you are needing. It will bring you closer to God.
You just need a little pick you up. Then pick up a copy of this CD.
I gave this CD 5 stars. I HIGHLY recommend it.
I received this CD from Capital Records for review. A favorable review was not required and all views expressed are my own.


YOU MUST BE FOLLOWING THE BLOG! AND LEAVE A COMMENT TO BE ENTERED TO WIN A COPY OF THIS CD! THANK YOU! GOOD LUCK!
Posted by Mary Jackson at 6:51 AM