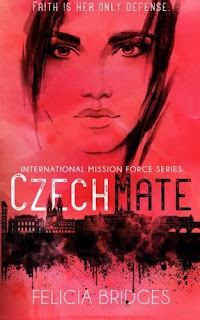 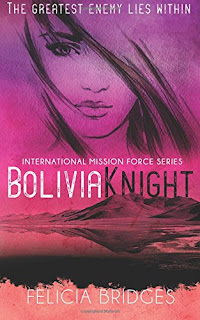 What is the most important thing you hope readers will take away from reading your books?
I want them to discover the amazing beauty of the diversity found among God’s people and the thrill of sharing your faith. But the single most important concept I hope readers take away is that we are all called to be missionaries wherever God has placed us.
What sparked your decision to journey down the path of writing the "International Mission Force series"?
My oldest daughter, Megan, and I went on a mission trip to Prague when she was twelve and it was truly life-changing for both of us. When we returned, she was eager to read anything we could find about missionaries, but most of the books we found were biographies from a hundred years ago. She wanted to read about teenagers living as missionaries today, like the ones we met in Prague. I thought it would be great to have stories for young people that combined the excitement and adventure of Indiana Jones or National Treasure with a biblical worldview and exotic locations around the world. Megan and her husband, Scott, now work with the missionary team for their church and are preparing to serve internationally in the future.


Tell us a little bit about the series.
The International Mission Force is a group of teenagers serving as missionaries around the world and connecting online through InternationalMissionForce.com. Each story features a different protagonist facing a different battle, growing in their faith, and learning to trust God in hard circumstances. The first two volumes, titled CzechMate and BoliviaKnight, are currently available through Amazon and Barnes and Noble online. Volume 3, KenyaQuest, will be released in early 2018 and three more books in the series are under contract. I’m currently researching Papua New Guinea as a location for Volume 4.
How does your faith play in your writing?
My faith is essential to every aspect of my life, but particularly in regard to my writing. I view writing as a calling from God and, therefore, my relationship with God demands that I submit this area of my life to Him. This also changes my perspective on success. If I’m obedient to give my best in response to His calling, then I can trust God to take that offering and accomplish His purposes. Whether that reaches fifty readers or fifty-thousand readers, I know that it will reach every single one that God intends. There is a lot of peace in that.
How much of yourself have you put into your characters?
None of the characters are really like me, but in some ways they are who I wish I had been at that age. Their courage and determination, self-awareness, and adventurous spirit are all aspects of my personality that I wish I had embraced more as a teenager. There are scenes or interactions that are inspired by relationships among my four children and some of the characters remind me a bit of each of my kids.
Other than Jesus, Who is your favorite person from the Bible? And why?
Joseph is my favorite person in the Bible outside of the Trinity. Although he was not perfect, he believed that his circumstances were not the end of the story. He was able to forgive his brothers who had wronged him terribly, and he was able to see the hand of God at work even in his adversity.
What event from the Bible would you have liked to witness first hand?
I don’t think I could bear to witness the crucifixion, but I would love to have been present around the fire as Jesus told parables and explained God’s mercy and grace to His followers.
What is your favorite comfort food.
I’m a chocoholic. I’m learning how to enjoy chocolate with thanksgiving to God for providing it, but also to enjoy it in moderation.
While writing this series, what problem was your greatest roadblock and how did you overcome it?
My greatest roadblock was a lack of self-confidence, which God bulldozed by showing me that it isn’t about me or my abilities, it is about God and what He chooses to use me to do. It took about six years for me to write the first book, with lots of stops and starts as I wrestled with self-doubt. After a time away, God would lead me back to the story again. I would read what I had written and think that some of it was absolutely horrid. But then I’d read a few parts that I thought were not bad, or even pretty good. After I finished writing the first complete draft, I allowed a good friend and her teen daughter to read it. They gave me great encouragement. Another writer friend encouraged me to start attending writers’ conferences. Five years after my first conference, after many agents and publishers had expressed interest in the series, I finally resolved to send my first proposal. They say that authors typically collect many rejections before they get their first contract. God must have known that with my lack of confidence, one rejection would have led me to wipe my brow, breathe a sigh of resignation/relief,  and turn away from His calling, because Vinspire Publishing was the first publisher I submitted a full proposal to and they accepted it.


Tell my readers how to keep up with you?
You can find out more about the International Mission Force at www.InternationalMissionForce.com - come join our community! You can also follow my blog at www.AdventuresThatInspireAction.Wordpress.com . You can follow me on Twitter at @fbridges272 or on Facebook at Felicia Bowen Bridges – Writer. My email is FeliciaBowenBridges@gmail.com. 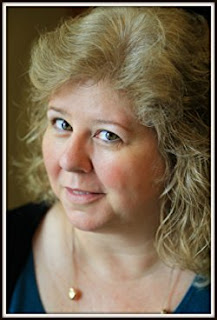 Felicia Bridges began writing as an Army BRAT learning to enjoy life overseas. Her nomadic childhood created a passion for missions and travel that permeates her writing. She is a contributing author for Then Along Came an Angel: Messengers of Deliverance and God’s Provision in Tough Times, a finalist for the 2014 Selah Awards. Serving in ministry for over twenty years alongside her husband and the mother of four children, Felicia’s vision is to inspire the next generation to carry the gospel to all nations. Her blog, www.AdventuresThatInspireAction.wordpress.com, focuses on living on mission wherever life’s adventure leads.

Felicia graduated with highest honors from North Carolina State University with a B.A. in Psychology and a concentration in Human Resources Development. Her ten years’ experience as an HR Manager sharpened her understanding of people, while providing some very interesting stories. Having studied public speaking in college and as a graduate of the Dale Carnegie Course, she is equally comfortable speaking to the stranger in the checkout line or an auditorium full of people.
Posted by Mary Jackson at 6:27 AM