Books I am looking forward to reading.


I wanted to share a post about a few books that You need to be watching for and if you are like me go ahead and pre-order them. You all know that NOONE writes like Denise Hunter in my book, and she has not one but two books coming out that you must get your hands on. 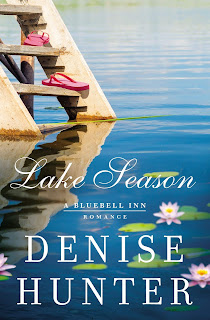 Look at the cover, I want to go sit at the lake and read this one! This is A Bluebell Inn Romance Number one.

A lost letter, a new love, and old secrets beckon this summer at the Bluebell Inn.
When their parents die in a tragic accident, Molly Bennett and her siblings pull together to fulfill their parents’ dream: turning their historic Bluebell, North Carolina home back into an inn. The situation would just be temporary—three years at the most—then they would sell the inn and Molly could get back to chasing her own dreams.
Adam Bradford (aka bestselling author Nathanial Grey) is a reclusive novelist with a bad case of writer’s block. Desperate for inspiration as his deadline approaches, he travels to the setting of his next book, a North Carolina lake town. There he immediately meets his muse, a young innkeeper who fancies herself in love with his alter ego.
Molly and Adam strike up an instant friendship. When Molly finds a long-lost letter in the walls of her inn she embarks on a mission with Adam to find the star-crossed lovers and bring them the closure they deserve. But Adam has secrets of his own. Past and present collide as truths are revealed, and Molly and Adam will have to decide if love is worth trusting. 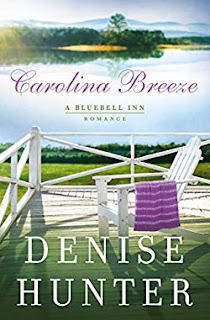 That title alone has me excited. Denise Hunter is an author that I automatically buy, I don't care what the book is about. She is one of a few authors I buy based on her name alone.
So get ready for these two books cause you know I am going to be shouting about them when they come out


From the bestselling author of The Convenient Groom and A December Bride (now beloved Hallmark Original movies) comes the second novel in the Bluebell Inn series!
Following the sudden death of his parents, Levi Bennett left his life in Denver to return to his hometown of Bluebell, North Carolina. There he has two critical jobs: take care of his younger sisters and turn the Bluebell Inn—their parents’ retirement dream—into a success. And things are not going well on either front. Grace is dragging her feet on her college applications, Molly is rushing headlong into another serious relationship, and the inn . . . Well, it’s not doing half as well as Levi has led his sisters to believe.
Following a public breakup with her fiancé, rising star Mia Emerson has finally scored the role of her career. But when a scandal arises, falsely casting her as “the other woman” to one of Hollywood’s leading married men, Mia flees to Bluebell—the location of her would-be honeymoon—to lick her wounds.
Mia and Levi have seemingly few things in common. But when they discover that an old heirloom necklace is hidden somewhere in the inn, the search draws them together . . . and they soon find themselves falling in love.
Could they have more in common than they’d ever imagined? And can Levi handle yet one more responsibility in his already overextended life?

If you have never read a book by Denise Hunter leave a comment below, telling me that.

Another book coming out that I can't wait for you all to read is By Another Author that I own all of his books that is Chris Fabry.  It is also a movie coming soon. 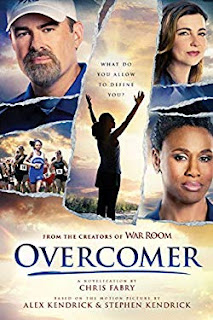 Life changes overnight for coach John Harrison when his high school basketball team and state championship dreams are crushed under the weight of unexpected news. When the largest manufacturing plant shuts down and hundreds of families leave their town, John questions how he and his family will face an uncertain future. After reluctantly agreeing to coach cross-country, John and his wife, Amy, meet an aspiring athlete who’s pushing her limits on a journey toward discovery. Inspired by the words and prayers of a newfound friend, John becomes the least likely coach helping the least likely runner attempt the impossible in the biggest race of the year.

Who is as excited as I am about these three books?
Who has preordered at least one of them already? I wonder if this book will be as good as War Room? Overcomer is available now by the way!
Posted by Mary Jackson at 6:08 AM