The Escape Room By Megan Goldin 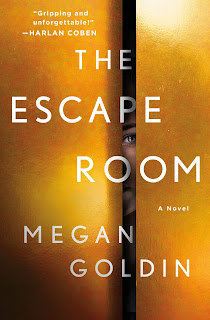 Welcome to the escape room. Your goal is simple. Get out alive.
In the lucrative world of finance, Vincent, Jules, Sylvie, and Sam are at the top of their game. They’ve mastered the art of the deal and celebrate their success in style―but a life of extreme luxury always comes at a cost.
Invited to participate in an escape room as a team-building exercise, the ferociously competitive co-workers crowd into the elevator of a high rise building, eager to prove themselves. But when the lights go off and the doors stay shut, it quickly becomes clear that this is no ordinary competition: they’re caught in a dangerous game of survival.
Trapped in the dark, the colleagues must put aside their bitter rivalries and work together to solve cryptic clues to break free. But as the game begins to reveal the team’s darkest secrets, they realize there’s a price to be paid for the terrible deeds they committed in their ruthless climb up the corporate ladder. As tempers fray, and the clues turn deadly, they must solve one final chilling puzzle: which one of them will kill in order to survive? 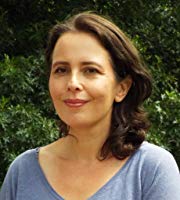 Megan Goldin is a best-selling Australian author whose novel The Escape Room will be published in the U.S. and UK in 2019. Megan's domestic noir thriller The Girl in Kellers Way was published in Australia in 2017. Megan was a reporter based in the Middle East for the Reuters news agency, The Australian Broadcasting Corporation and The Associated Press.

I was so excited to read this book. But it was not the read I was hoping it would be. It started a little bit slow. And then it started to speed up and the ending was the best. I gave it 4 stars and I will be looking for Goldin's next book to see if it is more like the thriller I was looking for.
The Mary Reader received this book from the publisher for review. A favorable review was not required and all views expressed are our own.
Posted by Mary Jackson at 6:02 AM