The Stories You Tell By Kristen Lepionka 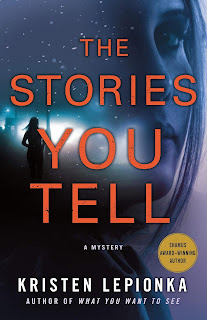 A late-night phone call is never good news, especially when you’re Roxane Weary. This one is from her brother Andrew, whose evening was interrupted by an urgent visit from Addison, a hip young DJ and one-time fling, who turns up at his apartment scared and begging to use his phone. She leaves as quickly as she appeared, but now Andrew is worried―especially when Addison never makes it home and her friends and family demand to know where she is. As the police begin to suspect that something may have happened to her, and that Andrew is involved, Roxane tracks Addison’s digital footprint as she goes deeper and deeper into the events preceding her disappearance. Meanwhile, a cop is found dead on the opposite side of town, leading to a swirl of questions surrounding a dance club whose staff―which includes Addison―has suddenly gone AWOL. As Roxane struggles to distinguish the truth from the stories people tell about themselves online, it's clear that the mystery of Addison's whereabouts is just the beginning. 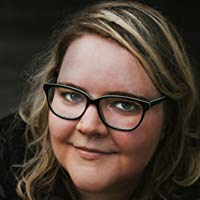 Kristen Lepionka is the Shamus Award-winning author of the Roxane Weary mystery series. She grew up mostly in a public library and could often be found in the adult mystery section well before she was out of middle school. Kristen cohosts the podcast Unlikeable Female Characters, in which feminist thriller writers have conversations about women who don't give a damn if you like them. She lives in Columbus, Ohio, with her partner and two cat Spenser, named for the Robert B. Parker character, and Snapple, named for the delicious bottled iced tea.

My Thoughts...
I have expanded my reading and added crime to my list of genres that I  wanted to read.
Let me tell you Lepionka has to be the queen of Crime fiction. I never put the book down and I was so unaware of what was going on around me because the book pulled me in from the beginning.
I have added this author to my must read list and I can't wait for you all to read this one.
4 stars and I HIGHLY recommend it.
The Mary Reader received this book from the publisher for review. A favorable review was not required and all views expressed are our own.
Posted by Mary Jackson at 6:05 AM