In the Lion's Den By Barbara Taylor Bradford 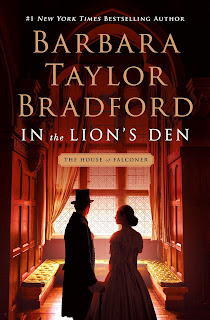 From New York Times bestselling author Barbara Taylor Bradford comes the highly anticipated second book in the House of Falconer saga.James Lionel Falconer has risen quickly from a mere shop worker to being the right-hand man of Henry Malvern, head of the most prestigious shipping company in London. With Malvern's daughter Alexis running away to the country after a terrible tragedy and refusing to return, James' ascent to head of the company seems inevitable. But even a charmed life like James' is not without its setbacks.A terrible fire threatens to end his merchant career before it's had a chance to truly begin. Mrs. Ward, James' former paramour, has a secret that could change his life forever. And his distaste for Alexis Malvern is slowly growing into feelings of quite a different sort. Can James continue to be the master of his own fate, or will all of his charm, intelligence, and wit finally fail him when he has to enter the lion's den?
Spanning the years from 1889 to 1892, In the Lion's Den is Barbara Taylor Bradford at her historical storytelling best.
Pick up your copy here...
https://www.amazon.com/Lions-Den-House-Falconer-Novel/dp/1250187427/ref=tmm_hrd_swatch_0?_encoding=UTF8&qid=1602951361&sr=8-1 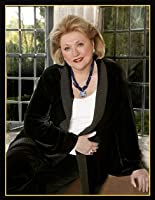 Barbara Taylor Bradford, OBE is one of the world's best loved storytellers. Her 1979 debut novel, A Woman of Substance, ranks as one of the top-ten bestselling books of all-time, with more than 30 million copies in print. All 31 of her novels to date have been major worldwide bestsellers. Her 32nd book, Secrets Of Cavendon, will be published in hardcover and eBook on November 21 by St. Martin's Press.Bradford was born in Leeds, West Yorkshire (UK) as the only child of Freda and Winston Taylor. She grew up in the Leeds suburb of Armley and after Town Street Church of England School worked in the typing pool at the Yorkshire Evening Post before going into journalism. By the age of twenty she was the fashion editor of Woman's Own Magazine and an editor and columnist on Fleet Street for the London Evening News.Bradford's books have sold more than ninety one (91) million copies worldwide in more than ninety (90) countries and forty (40) languages. Ten (10) of her books have been made into miniseries and television movies, making her one of the best-selling authors over the last 30 years.In April of 2003, Mrs. Bradford was inducted into the Writers Hall of Fame of America alongside Mark Twain, Langston Hughes and Dr. Seuss. She was awarded an OBE by Queen Elizabeth II in the Queen's 2007 Birthday Honours list for her contributions to literature. Her original manuscripts are archived at the Brotherton Library at Leeds University, alongside the works of the Bronte sisters. In 2009, Barbara's publishers began a worldwide 30th anniversary celebration of A Woman of Substance. The first annual Woman of Substance Awards took place on September 10th 2009 at the Dorchester Hotel in London. She lives in New York City with her husband, of 51 years, television producer Robert Bradford.Her official website is: www.barbarataylorbradford.com
My Thoughts...
Reading Bradford's books take me back to a much nicer time in my life, I use to get every book she wrote the day they came out.
Her writing is above and beyond the best to sweep you into the pages of the book so much so that you forget about the world around you.
This second book in The House of Falconer did not disappoint at all.
I was swept away until the very end I can not wait until book three arrives at my door.
Grab this 4 star read and get swept away.
The Mary Reader received this book from the publisher for review. A favorable review was not required and all views expressed are our own.
Posted by Mary Jackson at 4:43 AM