I'm delighted to present Heather Hummel who has graciously offered to give away two (count'em TWO) signed copies of her books to two of my blog followers. Two different people will be able to win one of her books shown above.

Do you keep a journal?

Sure do! I’ve kept journals since middle school, and believe it or not, I have each one except for  one that I can think of. However, it wasn’t until the past 8 or so years that I realized just how powerful of a tool they are for creating the life we want. Gratitude journal writing is my favorite, but that in and of itself leaves a lot of gray areas. You can journal gratitude entries for things you have in life that you are grateful for as well as journaling gratitude for what you want to create.

Heather can you tell us about Madison and Samantha?
Madison Ragnar in WHISPERS FROM THE HEART is a high school English teacher who has a knack for connecting with her students in a genuine way that builds trust in her classroom. Outside the classroom, however, Madison has her own trust issues when she deals with the aftermath of leaving an emotionally abusive relationship. Two men vie for her love and trust and through it all she gets her own lesson in fate and destiny.

Samantha Sounder in WRITE FROM THE HEART has a track record of going from one bad office management job to the next…a pattern she repeats with boyfriends, too. Her unsettled soul desires more out of both career and love. But, it’s not until she does some self exploring through therapy with a quirky therapist named Ragnar Axel who encourages her to delve through her old journals. It’s through this exercise that she realizes her repeated patterns. Determined to fix both her career aspirations as an author and her love life, Samantha starts a “positive journal” where she only pens positive thoughts and gratitude entries.

Why did you chose this genre?

The Journals from the Heart series was not initially meant to be a series because the books stand alone with no overlapping characters. They both fit naturally into the Chick Lit genre, even though WHISPERS FROM THE HEART deals with two heavy topics: teen suicide and emotional abuse. The love stories and the relatable female characters in both bridge Chick Lit and have appealed to many of that genres’ readers. Once I decided to write a third novel, WISDOM FROM THE HEART (forthcoming), I decided to include journal writing as a coping mechanism once again, and thus the series Journals from the Heart was born!

What do you hope readers will take away from your books?

I’ve had many readers contact me either through e-mail or social media to let me know that they’ve started “positive journal writing” after reading my books. That’s all I ever hoped for.

What are your hobbies other then writing?

I’m a self titled PhotoNovelist. When I’m not writing, I’ve got my Canon in hand photographing landscape and portraits. I’ve started to specialize in HDR photography, and have been known to take  over 600 pictures in a one mile hike! My photography website is http://www.pulseimages.net/ if anyone wants to see how I spend my “spare” time.

What are you writing now? Will there be any more Journals from the Heart books?

I’m over half way done with WISDOM FROM THE HEART, which will be the third in the series. In this one, Jamie learns at the age of 14 that she’s adopted. Her voice is both as a fourteen year old and a thirty-something year old coping with her adoption. She uses journal writing as a safe place to cope with her feelings. I will give a clue¾for those who read WHISPERS FROM THE HEART and fall in love with Phil, he comes back in this third novel.

Where can readers catch up to you, do you have a website or blog?

My website is http://www.heatherhummel.net/ and that links to my blog, my photography and more! 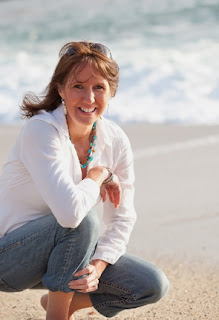 Heather Hummel is a "PhotoNovelist" who blends her love for photography with her award-winning career as an author. Her published works include:
Fiction:

NonfictionLife in the Iris of the Beholder (2012)
Signs from the Universe (2011)
Gracefully: Looking and Being Your Best at Any Age (McGraw-Hill, 2008),

Essays:Messages of Hope and Healing ( Sunpiper Media, 2006)
Blue Ridge Anthology (Cedar Creek, 2007) with David Baldacci and Rita Mae Brown
Awards:
2009 Mature Media Awards, Merit Award
2009 New York Book Festival, Honorable MentionHeather has ghostwritten for politicians, corporations, and public figures. Her books have appeared in newspapers such as: Publishers Weekly, USA Today and the Washington Post; and in magazines that include: Health, Body & Soul, First, and Spry Living, a combined circulation of nearly 15 million. A graduate with High Distinction from the University of Virginia, Heather holds a Bachelor of Interdisciplinary Studies degree with concentrations in English and Secondary Education. She is currently earning a Ph.D. in Metaphysical Sciences.
Posted by Mary Jackson at 9:54 PM

Email ThisBlogThis!Share to TwitterShare to FacebookShare to Pinterest
Labels: Heather Hummel, Whispers from the Heart, Write from the Heart