Review of Terror by Night 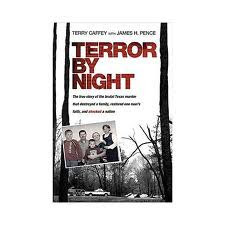 In one evening, Terry Caffey lost everything. In one year’s time, God would restore it all.  His wife, Penny, and his sons, Matthew and Tyler, were brutally murdered; his home was burned to the ground, and his sixteen-year-old daughter, Erin, was in jail, charged with three counts of capital murder.


At 3:00 a.m. on March 1, 2008, Terry Caffey awoke to find his daughter’s former boyfriend standing in his bedroom with a gun. An instant later the teen opened fire, killing Terry’s wife, his two sons, and wounding him 12 times, before setting the house ablaze. Terry knew it was too late to save his family, but he had one thing to do before he died. He fought to stay awake and escaped the burning house through a bathroom window. As Terry stumbled and crawled four hundred yards through pitch darkness, he asked God to keep him alive long enough to identify the killer, and then to let him die. God allowed Terry to identify the murderer, but He didn’t let Terry die.
Terry fell into deep depression and planned to kill himself, but God intervened. What happened next is nothing short of miraculous. Upon visiting his burned-out property, Terry noticed a scorched scrap of paper from one of his wife’s books leaning against a tree trunk.  The page read: “God, I couldn’t understand why You would take my family and leave me behind to struggle along without them. And I guess I still don’t totally understand that part of it. But I do believe that You’re sovereign; You’re in control.” That page was like a direct message from God, and it turned Terry’s life around. Now, one year later, Terry is remarried, the adoptive father of two young sons, and working to rebuild his relationship with his 17-year-old daughter, who is currently serving two life sentences in a Texas state penitentiary for her involvement in the crimes. 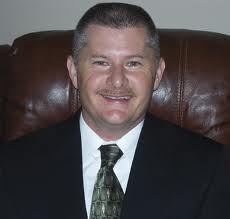 Terror by Night tells the compelling story of how Terry Caffey found peace after his wife and sons were brutally murdered and his teenage daughter implicated in the crime. Sharing never-before-told details about the night of the crime and subsequent murder trial, it explains how Terry was able to forgive the men who murdered his family, and how he even interceded with the prosecutors on their behalf. A powerful example of how the power of forgiveness can bring healing after tragedy and great loss, it shows how God can bring good out of even the darkest tragedies.

Wow, I cried and was so hurt for this father. I really think that everyone should read this book. Is there someone. in your life that you need to forgive? This father forgave and went on to tell everyone the LORD loves us no matter what and is right there carrying us through the storm. I could not put this book down! I read it in a few hours and it really has touched me. I plan to read it again whenever I wonder where the LORD is when I need him most! A super book about forgiveness and strong faith!
Posted by Mary Jackson at 11:18 PM