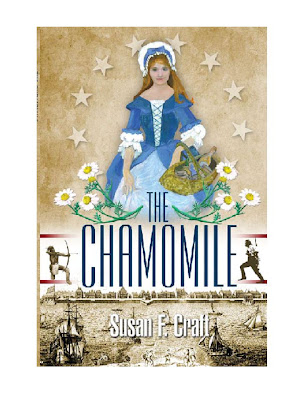 Besides entertainment, what do you hope readers will take away from your book?

I want to give my readers a sense that they’ve stepped back in history. I want to provide them the excitement of an adventure and a feeling that they’ve gotten to meet, know, and care about a cast of interesting people. I love history, especially the Revolutionary War era.  Often when I’m researching (which is my favorite part of writing) I discover tidbits of information. I get so excited about them that I call them “my treasures” and want to share them in my novels.  I try to weave my treasures into my stories so subtly, so naturally that my reader isn’t even aware that he or she is learning something.

What sparked your decision to journey down the adventurous path of writing?

I had a troubled childhood marred by alcoholism.  Books and writing became a refuge for me. Alcoholism tends to isolate family members, but through books I discovered that I wasn’t alone, that others feel or think the same things as I.  The escapism soon grew into a love of words and especially beautifully crafted, emotive passages. People made me aware early on that I have a talent for making them laugh or cry, or touch them in some way through my writing.  (I wrote my first novel when I was eight. I called it The Mystery of the Whistling Cave. I was an avid Nancy Drew fan at the time.)

My fascination with the colonial time period, and especially the Revolutionary War, began as a child watching the Disney series about Johnny Tremain and the Liberty Tree.  I remember responding to an advertisement for a record of the theme song, The Sons of Liberty, which I played over and over on my small record player, marching around my room like a colonial revolutionary.

It was a turbulent time of high passions and human drama -- America’s first civil war that tore families apart.  Just about everything about the time period appeals to me.  A soft glow reflected in a pewter mug, a crisp white mobcap, delicate lace dripping from the elbow of a sleeve, a neatly tied cravat, fiery and impassioned voices arguing over the war, the smell of freshly brewed tea – all of these things stir my imagination.

How does FAITH play into your writing?

At the beginning of The Chamomile, Lilyan relies a lot on her own strengths and resilience, as many Christians sometimes do.  At nineteen and with both of her parents deceased, she takes on the responsibility of her 14-year-old brother, Andrew. She loves Andrew and her extended family so much that keeping her small, close-knit clan intact becomes an obsession. Losing them becomes her greatest nightmare.  Like a chamomile, called the “rebel flower because it comes back stronger when trampled upon,” she faces trials, but comes back stronger each time.  She endures much -- Andrew’s imprisonment and rescue from a British prison ship; the death of a British officer by her hand; the death of her dearest friend; fear from bounty hunters after a huge price is put on her head; and desperation at being separated from her newlywed husband.  In one poignant scene, Lilyan escapes a vile bounty hunter and frantically races through a dark, forbidding forest. Exhausted, her skin bruised and torn from branches and thorns, she stumbles and falls to the bottom of a ravine.

When writing this scene, I thought about Psalms 116, The cords of death encompassed me and the terrors of Sheol came upon me. I found distress and sorrow. Then I called upon the name of the Lord. “Oh Lord, I beseech Thee, save my life!”

Here is how I wove those sentiments into the story:

Spent and terrified, she clawed at the loamy-smelling earth and gave herself over to her despair, sobbing until her throat muscles clenched.            Dear God! I am so alone. So afraid.
She rolled over, and lying spread-eagled, she opened her swollen eyes and stared up at the full moon. A twig snapped nearby, and her stomach shook as unseen horrors stalked the night.            I am undone. I have come to the end of my strength. Lord of compassion, please, help me.
“Try not to be so anxious, little one.” The words came softly into her head. Where had she heard them before? Puzzled, she sat up, inhaled a few shuddered breaths, and then she remembered. The man who had saved Andrew; he had spoken those very words.
You are there. My keeper. My refuge. Never slumbering.
Hope, like a daub of white paint splashed against a shadow on a canvass, came alive, casting a glimmer of light into the darkness.

By the end of The Chamomile, Lilyan discovers a maturity of spirit in her prayers, which no longer consist of desperate pleas for her family’s safety. Instead, her times with the Lord seem more like conversations, opportunities to share her hopes for the future.

My characters are Christians and, as such, think and react based on their faith. But, I don’t want to preach in my novels. Instead, I want readers to sense that my characters have a moral compass based on their beliefs; beliefs that grow stronger as they face hardships. One of my reviewers explains it much better that I, “Through all the trials, their faith carries the main characters through. The story portrays the integral place that faith played in the early colonies. They are so like us, like me, with questions, fears and doubts. I like how Craft has woven faith throughout the story without ever lapsing into preaching. She has portrayed seamy characters without using offensive language--bravo!”

What are your hobbies other than writing?

Like my main character, Lilyan, I am a painter, but I’m an amateur.  I use mostly watercolors and acrylics and have done lots of landscapes and some portraits. The portrayal of Lilyan on the cover of The Chamomile is a portrait I did from a picture of my daughter, Allison, when she was nineteen. I enjoy listening to music of all kinds (except I don’t really care for chamber music that much) and I sing in my church choir. I enjoy watching old black and white movies, especially the detective stories. Some of my other favorites are Drums Along the Mohawk, The Scarlet Pimpernel, To Kill a Mockingbird, 12 Angry Men, The Ghost and Mrs. Muir, and one of my all-time favorites that I just watched the other day, Enchanted Cottage. I especially enjoy a rousing game of Scrabble with my granddaughter, who is my “bestest buddy.” You’d think that being a writer, I’d win all the time, but no, she often beats the sox off me.

What are a couple of your favorite books? What are you reading right now?

My favorites are Ben Hur, Celia Garth, and Prince of Tides and anything by Jane Austen (I know that’s more than two, but I couldn’t help myself).

I’m reading two books at the moment. Three Thousand Days and Nights by Ben Farley is a fiction that takes place during the War of 1812, which I think will be the setting of my next novel. I’m doing some preliminary research since I don’t know very much about that era.  Ben and I met recently at the SC Book Festival as guest authors on a panel about writing historical fiction.  The other book is Sissieretta Jones “The Greatest Singer of Her Race-- 1868-1933” by a dear friend, Maureen Lee. Released this past May, it is a biography about an African American opera singer.

Do you have a blog or website where readers can connect with you?

My website, www.susanfcraft.com, contains a lot of the “historical treasures” I’ve run across over the years and will never be able to use even if I write 50 novels! (It’s good history too, by the way.  It’s important to me for my readers to know that I do my utmost to make sure that the historical facts in my novels are reliable and that my books have been thoroughly vetted by reputable historians.)

I also have a blog, http://historicalfictionalightintime.blogspot.com

Please, stop by and leave a comment.  I’d love to hear from you. Also, I’m a member of Colonial American Christian Writers, and we have a fabulous blog, http://colonialquills.blogspot.com 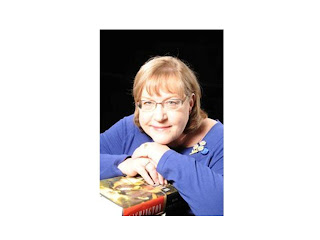 I’ve lived in Columbia, SC, since I was five.  My 40-year career includes working for SC Educational Television, the SC Department of Mental Health, the SC College of Pharmacy, and currently the SC Senate.

The Chamomile, my fourth book, won the Southern Independent Booksellers Alliance Fall 2011 Okra Pick. My first two books were SC State Library award-winning works in the field of mental health; and the third, self-published in 2006, is A Perfect Tempest, a Civil War novel set in Columbia.

I’m married to Rick, my high school sweetheart and now husband of 42 years. We have two adult children and one granddaughter.

My “bucket list” -- so far, I’ve screamed my way down the Nantahala River whitewater rafting (although the screaming part was not on the list); I parasailed; I scheduled a hot air balloon ride, which, sadly, was cancelled due to bad weather; and I recently fulfilled a lifelong dream to learn how to play the drums by joining the USC New Horizons Band – the clarinet is next, I think, as percussion instruments are too heavy. I want to visit at least ten national parks, ride a mule ride through the Grand Canyon, ride a gondola in Venice, and visit Tuscany.