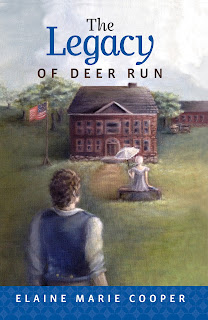 Why did you choose this genre?
I love history, especially the story of our country’s beginnings. I also knew some of my own family’s history from the era of the American Revolution, and this interest led me to do lots of research. It was fascinating reading numerous sources in books and online. Speaking with knowledgeable historians to get the feel for the time and place of my saga that began in 1777 became some of the best resources of all. Although my stories are fictitious, I still wanted the information to be historically accurate.

How does your faith play into your writing?
As I write, I am always envisioning in my mind how a character’s spiritual walk might determine the possible outcome of a plot in my story. If the character is strong in their faith, does a tragedy shake their belief in God or make it stronger? If he or she is not Christian, will circumstances lead to their redemption or will they continue to walk the path of darkness? I like for my characters to reflect my own Christian faith and struggles or the struggles I see others going through. And though my novels are set in another century, sin is still sin. “There is nothing new under the sun,” as the wise Solomon once said. But most importantly, I daily commit to the Lord my “pen,” that He will guide my every word.

What is your favorite Bible verse and Why?
Proverbs 31:8-9 “Speak up for those who cannot speak for themselves, for the rights of all who are destitute. Speak up and judge fairly; defend the rights of the poor and needy.” To me, having compassion is the heart of Our Savior. And Jesus so often spoke of helping the poor, that I believe it is in His heart to be their Defender.

What do you hope readers will take away from your books?
I hope that my readers draw closer to the Lord. Through the circumstances that my characters face, I pray that others can be inspired to have mercy, find forgiveness, and extend the same to others. It is also fun to find that my readers learn so much about life in Early America; it becomes a History lesson cloaked in entertainment!

What are you writing now?
After writing my three-part Deer Run Saga, I am currently working on a “stand-alone” historic fiction set in my hometown of Arlington, Massachusetts. It is a story based on a real family that was tragically affected by a little-known—yet important—battle on the first day of the American Revolution.

What is your favorite book by another author?
It’s difficult to decide on just one favorite! This year I read a wonderful inspirational historic fiction by an acquaintance through my Colonial American Christian Writers group. Her name is Susan Craft and she wrote the most marvelous, well-researched fiction set in South Carolina during the American Revolution, called “The Chamomile.” It was so good that I hated to put it down. It was a joy to read and I can’t wait for the sequel!

I am a dog lover, tell us about your pets if any.
I am a dog lover as well! My husband and I have two dachshunds, including one that we rescued at an adoption day at a pet store. We also have a huge cat (bigger than the dogs) that thinks he’s king of the house. He definitely has “Cattitude!”

Do you have a blog or website where readers can keep up with you?
My website is http://deerrunbooks.com/
I post every Friday at http://reflectionsinhindsight.wordpress.com/, every second Wednesday at http://colonialquills.blogspot.com/, and on the first of each month at http://www.thebarndoor.net/ 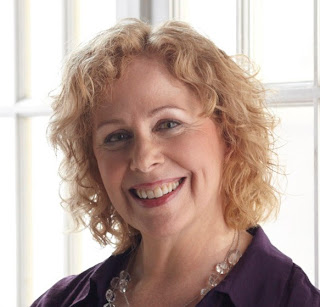 Elaine Marie Cooper grew up in Massachusetts, but she currently resides in Iowa. She has written a three-book historical series, the Deer Run Saga: The Road to Deer Run (2010), The Promise of Deer Run (2011), and The Legacy of Deer Run (2012). Her first two books have each won several awards, including Best Romance at the 2012 Los Angeles Book Festival for Promise. She has been a magazine freelance writer for several years; her work has appeared in such periodicals as Better Homes & Gardens and Life: Beautiful. She also has a devotional published in Fighting Fear: Winning the War at Home by Edie Melson.
Leave a comment to be entered in the Book GIVEAWAY!
Posted by Mary Jackson at 11:44 PM