Gathering the Threads By Cindy Woodsmall 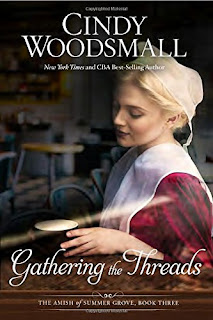 Finally back in the Old Order Amish world she loves, Will Ariana’s new perspectives draw her family closer together—or completely rip them apart?After months away in the Englisch world, Ariana Brenneman is overjoyed to be in the Old Order Amish home where she was raised. Yet her excitement is mixed with an unexpected apprehension as she reconciles all she’s learned from her biological parents with the uncompromising teachings of her Plain community. Although her childhood friend, ex-Amish Quill Schlabach, hopes to help her navigate her new role amongst her people, Ariana’s Daed doesn’t understand why his sweet daughter is suddenly questioning his authority. What will happen if she sows seeds of unrest and rebellion in the entire family?   Meanwhile, Skylar Nash has finally found her place among the large Brenneman family, but Ariana’s arrival threatens to unravel Skylar’s new identity—and her sobriety. Both Ariana and Skylar must discover the true cords that bind a family and community together and grasp tight the One who holds their authentic identities close to His heart.  Gathering the Threads is the third and final novel in The Amish of Summer Grove series. 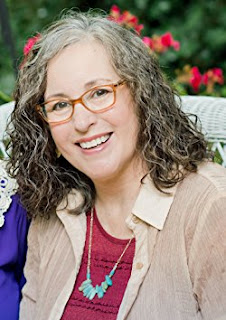 Cindy Woodsmall is a New York Times, CBA, ECPA, and USA Today best-selling author who has written seventeen (and counting!) works of fiction and one of nonfiction. She and her dearest Old Order Amish friend, Miriam Flaud, coauthored the nonfiction, Plain Wisdom: An Invitation into an Amish Home and the Hearts of Two Women. Cindy has been featured on ABC Nightline and on the front page of the Wall Street Journal,and has worked with National Geographic on a documentary concerning Amish life. In June of 2013, the Wall Street Journal listed Cindy as the one of the top three most popular authors of Amish fiction.She's won Fiction Book of the Year, Reviewer's Choice Awards, Inspirational Reader's Choice Contest, as well as one of Crossings' Best Books of the Year. She's been a finalist for the prestigious Christy, Rita, and Carol Awards, Christian Book of the Year, and Christian Retailers Choice Awards.Her real-life connections with Amish Mennonite and Old Order Amish families enrich her novels with authenticity. Though she didn't realize it at the time, seeds were sown years ago that began preparing Cindy to write these books. At the age of ten, while living in the dairy country of Maryland, she became best friends with Luann, a Plain Mennonite girl. Luann, like all the females in her family, wore the prayer Kapp and cape dresses. Her parents didn't allow television or radios, and many other modern conveniences were frowned upon. During the numerous times Luann came to Cindy's house to spend the night, her rules came with her and the two were careful to obey them--afraid that if they didn't, the adults would end their friendship. Although the rules were much easier to keep when they spent the night at Luann's because her family didn't own any of the forbidden items, both sets of parents were uncomfortable with the relationship and a small infraction of any kind would have been enough reason for the parents to end the relationship. While navigating around the adults' disapproval and the obstacles in each other's lifestyle, the two girls bonded in true friendship that lasted into their teen years, until Cindy's family moved to another region of the US.As an adult, Cindy became friends with a wonderful Old Order Amish family who opened their home to her. Although the two women, Miriam and Cindy, live seven hundred miles apart geographically, and a century apart by customs, when they come together they never lack for commonality, laughter, and dreams of what only God can accomplish through His children. Over the years Cindy has continued to make wonderful friendships with those inside the Amish and Mennonite communities--from the most conservative ones to the most liberal.Cindy and her husband reside near the foothills of the North Georgia Mountains in their now empty nest.

My Thoughts...
I have read this whole series. The Amish of Summer Grove is book three and the final one. I loved the first two book in the series and could not wait to hear more from this family. It is truly a series about family.
Skylar and Ariana story are not like any other. Amish or English which family makes you feel loved and part of the family?
One defiant and one working on sobriety. This makes for a good storyline.
You have to check out this series it's a different twist on the average Amish story.
I gave this book 4 stars. I liked this series.
The Mary Reader received this book from the publisher for review. A favorable review was not required and all views expressed are our own.
Posted by Mary Jackson at 9:38 AM