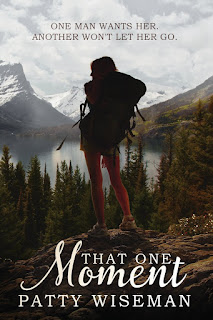 Ricki Sheridan travelled a long way to seek refuge at Wolf Den's Lodge high in the mountains after a devastating betrayal. Heartbroken, she signed up for a survivalist backpacking trip to live off the land and forget.
An injury on the first day puts her in the capable hands of the handsome trail boss, Kory Littleton. The attraction is instant, mutual, and terrifying. She trusted her emotions once and vowed never to make the same mistake again.
Kory's heart, trampled and bruised, is unprepared to ever love again, until his unexpected reaction to Ricki reveals some things are worth taking a chance on.
When evil finds its way back into Ricki's world, their fragile bond is tested, forcing them to face their greatest fear: can a wounded heart ever trust anew?
Betrayal. Desire. Revenge. Which one prevails? 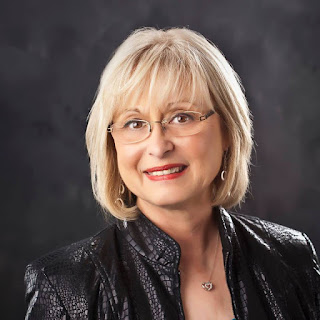 Master of the unexpected twist, breathtaking depth, and contagious storylines, romance novelist, Patty Wiseman is the daughter of a WWII Navy vet who survived Pearl Harbor. She was raised in Washington State,attended The Wesleyan College in Bartlesville, Oklahoma, then moved to Northeast Texas where she has resided for over 30 years. Several of her short stories have been published in 'Angie's Diary'. Patty is the creator of the Velvet Shoe Collection, historical romantic mysteries set in the 1920's. An Unlikely Arrangement, is the first of the series. An Unlikely Beginning, the second book was released in July of 2012. The third in the series, An Unlikely Conclusion, was released in August of 2013. Fourth book in the series, An Unlikely Deception, was released August 5, 2016. Her self motivational book Success Your Way was published in March of 2016. She is published through Desert Coyote Productions. There are two more series in the works. One is a romantic comedy. Patty is a VIP 2013 member of the WorldWide Who's Who Women's Entrepreneurs and a member of the GFWC-Texas Federation of Women's Clubs-Marshall Women's Club. She is also a member of the Texas Association of Authors, a member of East Texas Writers Association and NETWO. Patty's 2nd book in the series, An Unlikely Beginning won 1st place in Romance with the Texas Association of Authors. Patty is a winner in the 50 Great Writers You Should Be Reading Contest and has a 2nd place finish in the Forward National Literary Awards contest in Romance, for the 1st in her series, An Unlikely Arrangement. Her 2nd book won 1st place in the Texas Association of Authors contest in Romance and the 3rd book of the series won 1st place, as well. The 4th in the series won Honorable Mention in the same contest. She has entered and finished twice in the National Novel Writing Month challenge and won both times. 2007 & 2011. An avid league bowler, Patty is proud to maintain a 145 average on her ladies league. The league quickly turned into a book signing event the 1st day she timidly displayed her 1st novel. She sold a total of 20 books and in the same day bowled her highest series yet, a 521 with a high game of 197. Heady stuff indeed. Patty is married to husband Ron, and has two grown sons and 11 grandchildren. She currently lives in Texas with her husband and her dog Cutter.You can find out more about Patty on her website www.pattywiseman.com

What sparked your decision to journey down the path of writing "That One Moment"?

My family is full of strong independent women, but life always throws us a curve ball. I was no exception. Sometimes being strong isn't enough, sometimes our hearts are vulnerable and we get hurt. In That One Moment I wanted to show that its okay to guard your heart, that it's okay to be cautious. But, I also wanted to show you can find your way back to trusting someone again. I went down this road after a difficult break up. For 10 years! I was out to prove I could take care of myself and didn't need anyone. The day I met my current husband was my 'That One Moment'. It was the day I learned to trust again and it happened in a flash. Of course, I didn't trust it and resisted the gift presented to me, but after a few false starts we got it right. When I took that leap of faith, it all came together. I used the setting in the mountains because my dad used to take us backpacking every summer. That setting was near and dear to my heart and I felt it was a good setting for a strong independent woman.
Why did you choose this genre?
I chose this genre because all of my books have been historical romantic suspense in the past and I wanted to try something contemporary, something women of today could relate to.
What is the most important thing you hope readers take away from reading "That One Moment"?
If I can encourage one reader to take the steps to trust again no matter how strong they think they are, then I have accomplished my goal. There are so many single moms and women raising families alone, sometimes we close ourselves off for protection. Even though my heroine isn't a mom, she is very vulnerable, afraid to trust. She hides behind her strength and protects her heart at all costs.

How does your faith play in your writing?

Even though I don't write Christian fiction, my books are 'flinch free' and very clean. My faith guides me in that respect. I hope all my books have a message and will encourage women of all ages.

What are you writing now?
I have a children's book coming out in August of this year. It's called Rescue at Wiseman's Pond and based on an actual event on our property this year. It's a new venture for me. I never even thought about writing a children's book, and yet, here it is!
What are your hobbies other than writing?
I am an avid bowler. I hold a 150 average. My league is for women only and it turns into a huge book signing each week. I love my ladies. My husband and I also like to travel every chance we get.
If you could have one superpower what would it be? And why?
Hmm,  a super power. Well, let's keep it on the humorous side. I'd like to be able to physically fly. I hate airplanes and use an alternative mode of travel when I can. It's just no fun flying anymore. How about a Mary Poppins type of thing? I can see myself with that umbrella!
Tell my blog followers how they can keep up with you.