The Promise of a Letter By Kathleen Fuller 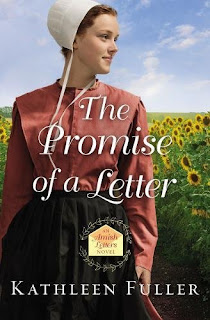 A letter brings him back to his Amish family. It will take someone truly extraordinary to make him stay.
Roman is on the verge of leaving the Amish ways. Feeling confined by the strict rules, he longs to do something more with his life. But when things don’t go as planned, Roman’s prospects outside of the community dwindle. Upon learning that his beloved grandmother has died and left a letter urging him to reconcile with his brother in Birch Creek, Roman decides to return home. But he doesn’t plan to stay for long.
Leanna Chupp has always made her own way in her small community of Birch Creek. Though some may call her unconventional—strange, even—Leanna is happy. Her unique outlook on life has meant she’s never had many suitors pursuing courtship, which Leanna doesn’t mind. She is content being single.
But when Roman and Leanna find themselves working together again, everything changes. Though neither fit squarely within the strictures of the Amish faith, their differences could be the very thing to help them form a deeper connection to their community and to each other. The question remains: will this strengthening bond be enough to make Roman stay for good? 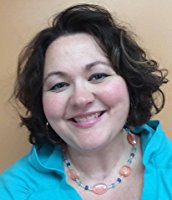 This is not a book that you will be able to put down. I had to find out if the brothers were going to come together and forgive each other and move on.
One brother I did not care much for, I will let you figure out which one when you read it. Because I know that you are going to want to read to find out what is going on with these two brothers.
This is the first book that I have read by Fuller in about 6 or 7 years. I needed a break from all the same ole same ole Amish fiction books.
Another blogger told me that she had changed her writing style to just out some of her later books and this one was sent to me by the publisher so I sat down to give it a try and WOW, it was much different than those first books I had read. I really did enjoy this one.
I am awaiting book three in this series. This can be read as a stand alone I did not read book one and I was not last at all.
I gave this book 4 stars, I recommend it.
The Mary Reader received this book from the publisher for review. A favorable review was not required and all views expressed are our own.
Posted by Mary Jackson at 5:58 AM