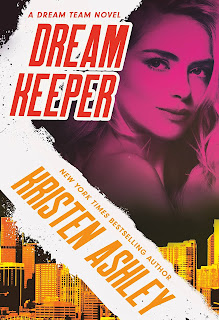 He’s perfect—but he can’t be hers.Pepper Hannigan is determined to keep any romance off the table—and out of her bedroom—while her daughter Juno is still young. Sure, a certain handsome commando is thoughtful, funny, and undeniably hot, but Pepper’s had her heart broken before, and she won’t let it happen again. Not to her or her little girl, even if this hero could melt any woman’s resolve.
Augustus “Auggie” Hero can’t deny his attraction to beautiful, warm-hearted Pepper or how much he wants to make a home with her and her little girl, but Pepper’s mixed signals have kept him away. That is, until Juno decides to play matchmaker. Her efforts finally bring Pepper into his arms, but they expose the danger Pepper is in. To protect Pepper and Juno, Auggie will have to live up to his last name and prove happy endings aren’t just for fairy tales.
Pick up your copy here...
Dream Keeper: Ashley, Kristen: 9781538733950: Amazon.com: Books 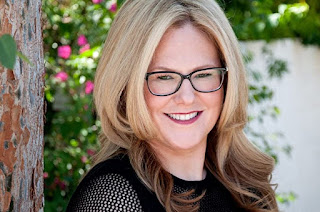 She’s a hybrid author, publishing titles both independently and traditionally, her books have been translated in fourteen languages and she’s sold over four million books.

Kristen recently released CHASING SERENITY, the next novel in the River Rain Series, the story of Chloe and Judge. River Rain is a series that Kristen created with her readers during the COVID pandemic. She will continue writing this series with her readers, polling them about characters, plot points, pets, and anything else on which they can collaborate. If you're interested in casting your vote when she writes the next River Rain, be sure to subscribe to her newsletter and follow Kristen on Facebook.

Kristen will round out 2021 with the next Dream Team novel, DREAM KEEPER, releasing on November 30, 2021.

Kristen, born in Gary and raised in Brownsburg, Indiana, was a fourth generation graduate of Purdue University. Since, she has lived in Denver, the West Country of England, and she now resides in Phoenix. She worked as a charity executive for eighteen years prior to beginning her independent publishing career. She now writes full-time.

Although romance is her genre, the prevailing themes running through all of Kristen’s novels are friendship, family and a strong sisterhood. To this end, and as a way to thank her readers for their support, Kristen has created the Rock Chick Nation, a series of programs that are designed to give back to her readers and promote a strong female community.

You can learn more about Kristen and the Rock Chick Nation on her website: www.KristenAshley.net