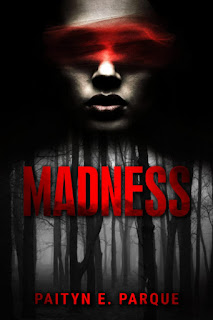 Death is not an escape.

One night Ezra Adkins is brutally murdered in her own home. As she was dying, she expects to wake up in the afterworld.She was wrong.She loses consciousness and awakens into a horrific game of kill or be killed. Players can be killed an infinite number of times, but the only permanent way out of the game is their actual death by suicide.Players in the game ruthlessly hunt each other for points, while others kill for fun. Most players have given up on finding an escape from the game and spiral into insanity, killing without reason.It’s mayhem.Ezra soon learns who to trust and who to hunt down. But as she falls deeper into the game, she starts to lose herself as the bodies pile up. The line blurs between what she’s always known to be right and wrong.

Metal will clash. Blood will spill. Minds will break. And before it’s too late, Ezra must find an escape from the game before she becomes the real enemy.
Pick up your copy here...
Madness (Engine's Game): Parque, Paityn E.: 9798454896164: Amazon.com: Books 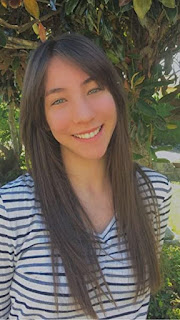 Paityn Parque lives in Puyallup, Washington, where she spends most of her time gaming and writing. She plays competitive volleyball actively, and when she’s not practicing, she finds time for her friends and family. She lives with her older sister, an idiotic dog, and her parents. Only 15-years-old, Madness is her first novel published. She wants to continue her career in writing and hopes that you’ll stick around to see her grow.