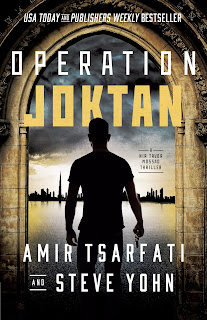 “It was the perfect day—until the gunfire.”Nir Tavor is an Israeli secret service operative turned talented Mossad agent.Nicole le Roux is a model with a hidden skill.A terrorist attack brings them together, and then work forces them apart—until they’re unexpectedly called back into each other’s lives.But there’s no time for romance. As violent radicals threaten chaos across the Middle East, the two must work together to stop these extremists, pooling Nicole’s knack for technology and Nir’s adeptness with on-the-ground missions. Each heart-racing step of their operation gets them closer to the truth—and closer to danger.
In this thrilling first book in a new series, authors Amir Tsarfati and Steve Yohn draw on true events as well as tactical insights Amir learned from his time in the Israeli Defense Forces. For believers in God’s life-changing promises, Operation Joktan is a suspense-filled page-turner that illuminates the blessing Israel is to the world.
Pick up your copy here...
Operation Joktan (A Nir Tavor Mossad Thriller): Amir Tsarfati, Steve Yohn: 9780736985208: Amazon.com: Books 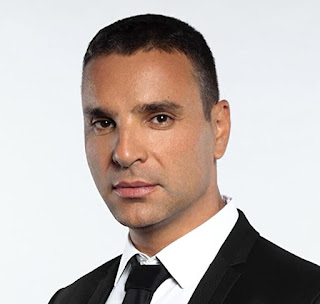 Amir Tsarfati is a native Israeli and former major in the Israeli Defense Forces. He is the founder and president of Behold Israel—a nonprofit ministry that provides Bible teaching through tours, conferences, and social media. It also provides unique access to news and information about Israel from a biblical and prophetic standpoint. Amir is married with four children, and resides in Northern Israel
Posted by Mary Jackson at 4:53 AM