The Fashion Orphans By Randy Myers 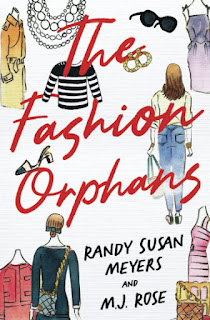 Two estranged sisters find that forgiveness never goes out of style when they inherit their mother’s vintage jackets, purses… and pearls of wisdomEstranged half-sisters Gabrielle Winslow and Lulu Quattro have only two things in common: mounds of debt and coils of unresolved enmity toward Bette Bradford, their controlling and imperious recently deceased mother.Gabrielle, the firstborn, was raised in relative luxury on Manhattan’s rarefied Upper East Side. Now, at fifty-five, her life as a Broadway costume designer married to a heralded Broadway producer has exploded in divorce.Lulu, who spent half her childhood under the tutelage of her working-class Brooklyn grandparents, is a grieving widow at forty-eight. With her two sons grown, her life feels reduced to her work at the Ditmas Park bakery owned by her late husband’s family.The two sisters arrive for the reading of their mother’s will, expecting to divide a sizable inheritance, pay off their debts, and then again turn their backs on each other.But to their shock, what they have been left is their mother’s secret walk-in closet jammed with high-end current and vintage designer clothes and accessories— most from Chanel.
Contemplating the scale of their mother’s self-indulgence, the sisters can’t help but wonder if Lauren Weisberger had it wrong: because it seems, in fact, that the devil wore Chanel. But as they being to explore their mother’s collection, meet and fall in love with her group of warm, wonderful friends, and magically find inspiring messages tucked away in her treasures — it seems as though their mother is advising Lulu and Gabrielle from the beyond — helping them rediscover themselves and restore their relationship with each other.
Pick up your copy here...
The Fashion Orphans: Susan Meyers, Randy, Rose, M.J.: 9781952457708: Amazon.com: Books 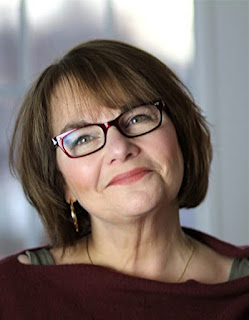 I was born in Brooklyn, New York, where I quickly moved from playing with dolls to incessantly reading, spending most of my time at the Kensington Branch Library. Early on I developed a penchant for books rooted in social issues, my early favorites being "Karen" and "The Family Nobody Wanted." Shortly I moved onto Jubilee and The Diary of Anne Frank.

My dreams of justice simmered at the fantastically broadminded Camp Mikan, where I went from camper to counselor, culminating in a high point when (with the help of my strongly Brooklyn-accented singing voice), I landed the role of Adelaide in the staff production of "Guys and Dolls."

Soon I was ready to change the world, starting with my protests at Tilden High and City College of New York, until I left to pursue the dream in Berkeley, California, where I supported myself by selling candy, nuts, and ice cream in Bartons of San Francisco. Then, world-weary at too-tender an age, I returned to New York, married, and traded demonstrations for diapers.

While raising two daughters, I tended bar, co-authored a nonfiction book on parenting, ran a summer camp, and (in my all-time favorite job, other than writing) helped resurrect and run a community center.

Once my girls left for college, I threw myself deeper into social service and education by working with batterers and victims of domestic violence. I'm certain my novels are imbued with all the above, as well as my journey from obsessing over bad boys to loving a good man.

Many things can save your life--children who warm your heart, the love of a good man, a circle of wonderful friends, and a great sister. After a tumultuous start in life, I'm lucky enough to now have all these things. I live in Boston with my husband, where I live by the words of Gustave Flaubert: "Be regular and orderly in your life, so that you may be violent and original in your work."

The drama of Randy Susan Meyers' novels is informed by her years spent bartending, her ten years working with violent offenders, and too many years enamored with bad boys.  Two of her three novels (The Murderer’s Daughters and Accidents of Marriage) were finalists for the Mass Book Awards (2010 & 2015) and included as a “Must Read Book” by the Massachusetts Council of the Book. Her next novel, The Widow of Wall Street releases April 11, 2017.

Raised in Brooklyn New York, Randy now in Boston with her husband and is the mother of two grown daughters. She teaches writing seminars at Boston’s Grub Street Writers’ Center.