The Ones We Keep By Bobbie Jean Huff 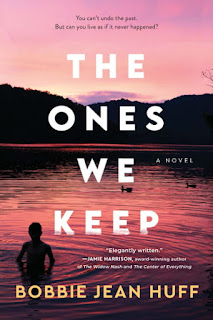 One family. One tragedy. One incredible decision to change their fate.

A quiet lakeside resort in Vermont seems like the perfect summer getaway for Olivia and Harry Somerville and their three young boys. But in a single moment, their idyllic family retreat becomes a mother's worst nightmare. Returning from a solo hike one afternoon, Olivia learns from a passing stranger that one of her sons has drowned―but not which one.

In that moment, Olivia makes a panicked decision that will change her family forever.

If she never knows which son has drowned, can Olivia convince herself that none of them have? By shielding herself from reality, can she continue to live in a world where all three boys are still alive? 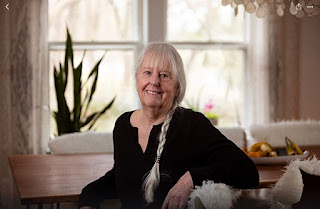 Canadian-American Bobbie Jean Huff studied music in the US and France, but it wasn’t until she moved to Canada that she began writing short stories, poems, and essays. Her debut novel, The Ones We Keep, which took three years to write, was a finalist in the 2019 Dzanc Prize for Fiction and a semi-finalist in the William Faulkner-William Wisdom 2019 Creative Writing Competition. A recipient of grants from the Canada Council and the Ontario Arts Council, Huff has written for various publications in Canada and the United States. She lives in Pennington, New Jersey.