The Way of the Brave By Susan May Warren 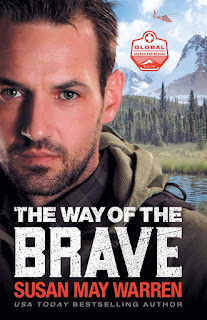 Former pararescue jumper Orion Starr is haunted by the memory of a rescue gone wrong. He may be living alone in Alaska now, but the pain of his failure--and his injuries--has followed him there from Afghanistan. He has no desire to join Hamilton Jones's elite rescue team, but he also can't shirk his duty when the call comes in to rescue three lost climbers on Denali.
Former CIA profiler and psychiatrist Jenny Calhoun's yearly extreme challenge with her best friends is her only escape from the guilt that has sunk its claws into her. As a consultant during a top-secret mission to root out the Taliban, she green-lighted an operation that ended in ambush and lives lost. When her cathartic climb on Denali turns deadly, she'll be forced to trust her life and the lives of her friends to the most dangerous of heroes--the man she nearly killed.
Her skills and his experience are exactly what's needed to prevent another tragedy--but in order to truly set Orion free from his painful past, Jenny will have to reveal hers. They'll have to put their wounds behind them to survive, but at what cost? 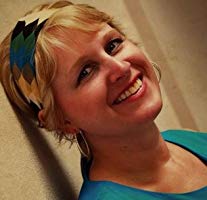 Growing up in Minneapolis and attending the U of MN, I learned to love city life, although I'm a woodsy girl at heart. Or maybe I'm an adventurer -- having lived and traveled all over the world, including Siberia Russia as a missionary for eight years. Probably that's why my characters can't sit still, and seem to get into one scrape after another -- they're too much like me! I love God, my family, my country, my church, and feel privileged every day to be able to write stories.
Here's my "Official" Bio.
With over 1 million books sold, critically acclaimed novelist Susan May Warren is the Christy, RITA and Carol award-winning author of over seventy-five novels with Revell, Tyndale, Barbour, Steeple Hill and Summerside Press. Known for her compelling plots and unforgettable characters, Susan has written contemporary and historical romances, romantic-suspense, thrillers, rom-com and Christmas novellas.
With books translated into eight languages, many of her novels have been ECPA and CBA bestsellers, were chosen as Top Picks by Romantic Times, and have won the RWA's Inspirational Reader's Choice contest and the American Christian Fiction Writers Book of the Year award.
Of her books, Publisher’s Weekly has written, “Warren lays bare her characters’ human frailties, including fear, grief, and resentment, as openly as she details their virtues of love, devotion, and resiliency. She has crafted an engaging tale of romance, rivalry, and the power of forgiveness.”
And Library Journal adds, “Warren's characters are well-developed and she knows how to create a first rate contemporary romance…”
Susan is also a nationally acclaimed writing coach, teaching at conferences around the nation and winner of the 2009 American Christian Fiction Writers Mentor of the Year award. She loves to help people launch their writing careers and is the founder of Novel.Academy and www.LearnHowtoWriteaNovel.com, a writing website that helps authors get published and stay published. She’s also the author of the popular writing method, The Story Equation.

This is one book that I really enjoyed. I love books that have Military type heroes. The story kept a pretty good pace. Warren did a good job at grabbing my attention and keeping it throughout the book. The characters were very well thought out when created. Orion is a character that we all long to have in a great novel. The book has one thing in it that I would not do in real life. I could not rock climb because I hate heights. I enjoyed this read and it keep me on the edge of my seat.


I gave this book 4 stars. I can't wait for the next book in this series. This is book one by the way. Grab your copy.
The Mary Reader received this book from the publisher for review. A favorable review was not required and all views expressed are our own.
Posted by Mary Jackson at 5:08 AM

Email ThisBlogThis!Share to TwitterShare to FacebookShare to Pinterest
Labels: Susan May Warren