The Rescued By Marta Perry 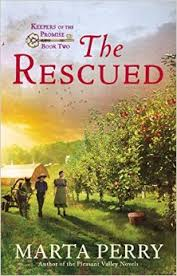 As an Amish wife and mother struggles to hold her family together, a story from the past teaches her how to face her daily challenges with strength and love . . .
In modern day central Pennsylvania, Judith Wegler tries to heal the growing rift between her husband, Isaac, and his teenage brother Joseph—whom Judith and Isaac have raised as their own ever since both brothers lost their parents and siblings in a horrific fire. Meanwhile, Isaac’s hurtful silence about this tragic past has robbed Judith of any certainty of her husband’s love.
But when Judith’s grandmother gifts her with an antique study table, she discovers a hidden packet of letters that changes her life . . .
In 1953, widow Mattie Lapp fights against the county’s attempts to force Amish children to attend a consolidated public school, even if it means arrest and imprisonment. Mattie knows she can’t face this challenge alone, and turns to her late husband’s cousin Adam for help, but she’s terrified at the prospect of relying on someone else.
Now, as the two women’s stories converge, both must learn to stand up for their beliefs and to love again, even when it means risking their hearts . . . 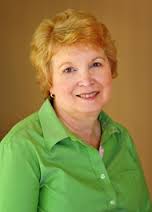 A lifetime spent in rural Pennsylvania and her own Pennsylvania Dutch roots led Marta Perry to write about the Plain People who add to the rich heritage of her home state. She is the author of more than fifty inspirational romance novels, including the Keepers of the Promise series and the Pleasant Valley series. She lives with her husband in a century-old farmhouse in central Pennsylvania.

Two brothers driving each other away and the wife of one of those brothers being pushed away. Now tell me that does not sound like a book you can't put down. I had to know what was happening next. I never put this book down from page one until the very last page.
This book could have been much longer in my opinion. I can't seem to get enough of Perry's books. She knows her Amish like the back of her hand . Perry Writes Contemporary Romance so well and you will find yourself in the pages and never want to leave.
I gave this book 5 stars and I highly recommend it. I must also say Book one of the Keepers of the Promise Series was fantastic as well.
I was given a copy of this book by the publisher for my honest review.
Posted by Mary Jackson at 5:16 PM