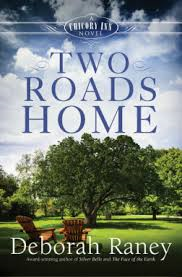 Minor-but-nagging setbacks continue to sour Grant and Audrey Whitman’s initiation into the world of innkeeping, but larger challenges brew when an innocent flirtation leads to big trouble for the Whitmans’ son-in-law, Jesse. Jesse Pennington’s friendly, outgoing personality has always served him well, especially in a career that has earned him and his wife Corinne a very comfortable lifestyle. But Corinne and Jesse are both restless—and for similar reasons, if only they could share those with each other. Instead, too many business trips and trumped-up charges of harassment from a disgruntled coworker threaten their marriage and possibly put their three precious daughters at risk. With their life in disarray, God is tugging at their hearts to pursue other dreams. Can Corinne and Jesse pick up the pieces of what was once a wonderful life before it all crumbles beneath them? 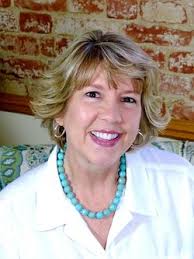 Deborah Raney’s books have won numerous awards including the RITA, National Readers Choice Award, HOLT Medallion, the Carol Award, and have twice been Christy Award finalists. She and her husband, Ken, recently traded small-town life in Kansas―the setting of many of Deb's novels―for life in the (relatively) big city of Wichita. Visit Deb on the web at DeborahRaney.com.
I went from full-time stay-at-home mom for 20 years to pretty much full-time author. My passion is my family--my husband and I have been married for 40 years and have four kids, five darling grandkids--so far! But since, if a mom does her job right, she eventually puts herself OUT of a job, I'm delighted to have the privilege of working as a novelist. I could not enjoy the writing life more.

I've had a couple of non-fiction books published and have contributed to some anthologies, as well as writing magazine articles. But my first love is fiction. I have written 30 novels and since The Face of the Earth for Howard/Simon & Schuster released in May 2013, I am now working on a new five-book series for Abingdon Press. Home to Chicory Lane released August 2014. Two Roads Home and Another Way Home will both release this year in June and October.

A typical writing day for me begins early--often before 6 a.m.--with the business side of things: answering e-mail and reader mail, updating my Web site, reading for research. We're now empty-nesters so our routine is much quieter than it was when we had four kids at home. When my writing time begins, I have a routine that sets the stage, starting with lighting scented candles, choosing music to write by, and brewing a pot of coffee. I have a cozy office that looks out over our front yard, but I often take my laptop out on the deck where the birds, squirrels, ducks, geese, and an occasional egret (or even, a coywolf!) provide entertainment.

Believe it or not, my first choice of activities for the evening is READING--a great novel, of course! As much as I enjoy the actual process of writing, I am an extrovert by nature, and doubt I'd last long in this business were it not for the company of several wonderful online writers' groups, connecting with other authors at retreats and conventions, and meeting aspiring writers when I teach at conferences around the country.

Probably the most exciting event in my writing life so far was when my first novel was made into a film by World Wide Pictures. Certainly a dream come true and I feel blessed beyond words to still, more than 20 years later, get to be doing what I love as my day job.

Let it be said I'm a huge fan of Deborah's!
I did not know what to expect when I started reading book two in the Chicory Inn series. But just because this book starts out a little slow don't let that fool you, it gets going about half way into it. You won't be able to put it down. This is one of those books where you fall in love with the whole family and hate to see it come to an end. Great characters.
I gave this book 5 stars and I can't wait for book three.
I was given a copy of this book by the publisher for my honest review.
Posted by Mary Jackson at 10:22 AM