Currency of the Heart By Loree Lough 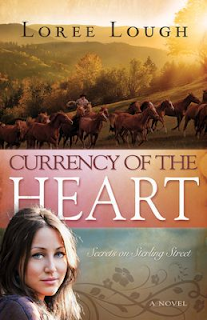 Shaina Stewart Sterling is tired of living a lie, but she feels she has no choice. It was bad enough that her entrepreneurial husband died an untimely death, but now she's learning just how deep in debt he wasAnd#8212;in spite of the lavish lifestyle he led. She resorts to selling off valuable possessions, piecemeal, to avoid arousing suspicion. She only hopes the profits will be enough to preserve her stately home and protect her reputation.Sloan Remington is staying afloat, but the successful rancher wants to branch out and invest in an industry less vulnerable to the perils that threaten cattle. He decides on the company now managed by the beautiful widow of Harper Sterling. But before he opens his pockets, he wants to investigate the reasons why the firm is foundering. What he finds makes Shaina beholden to him, and he wields his influence by becoming part owner. But Sloan has a secret of his ownAnd#8212;one he isn't ready to share with his business partner, as much as he is attracted to her.When cholera descends on Denver, both business partners jump to help, Sloan conveying the sick to the infirmary, where Shaina draws on her nursing skills to tend to them. This time of trial only brings the two closer together. But is there more in store for them than mere monetary profits? 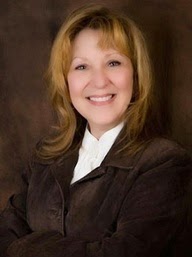 At last count, best-selling author Loree Lough had 104 award-winning books (nearly 5,000,000 copies in circulation and 5 titles that earned book-to-movie options), 68 short stories, and 2,500+ articles in print.An oft-invited guest of writers' organizations, colleges and universities, corporate and government agencies in the U.S. and abroad, Loree loves sharing learned-the-hard-way lessons about the craft and the industry.Once upon a time, Loree (literally) sang for her supper, performing alone and "opening" for the likes of Tom Jones, Dottie West, The Gatlin Brothers, and more. Though she refuses to share the actual year when she traded her Yamaha 6-string for a wedding ring, she IS willing to admit that, every now and then, she blows the dust off her six-string to croon a tune or two. But mostly, she just writes (and writes).Loree and her husband split their time between a home in the Baltimore suburbs and a cabin in the Allegheny Mountains, where she continues to hone her "identify the critter tracks" skills. Her favorite passtime? Spending long, leisurely hours with her grandchildren...all seven of them! She loves hearing from her readers, and answers every letter, personally. You can write her @ http://www.loreelough.com.

You don't want to miss book one in the Secrets on Sterling Street series.
Its a fast paced romance and you are going to enjoy it.
You have to read book one to find out if Shaina puts her pride aside and accepts help from a handsome man.
I read this book in one sitting, you won't want to put it down.
I gave this book 4 stars. I recommend it.
I was given a copy of this book by the publisher for my honest review.
Posted by Mary Jackson at 10:04 AM