A Tapestry of Light By Kimberly Duffy 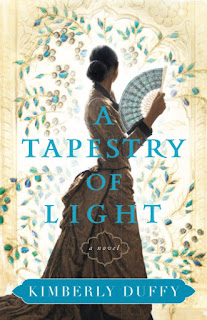 Calcutta, 1886.Ottilie Russell is adrift between two cultures, British and Indian, belonging to both and neither. In order to support her little brother, Thaddeus, and her grandmother, she relies upon her skills in beetle-wing embroidery that have been passed down to her through generations of Indian women.When a stranger appears with the news that Thaddeus is now Baron Sunderson and must travel to England to take his place as a nobleman, Ottilie is shattered by the secrets that come to light. Despite her growing friendship with Everett Scott, friend to Ottilie's English grandmother and aunt, she refuses to give up her brother. Then tragedy strikes, and she is forced to make a decision that will take Thaddeus far from death and herself far from home.
But betrayal and loss lurk in England, too, and soon Ottilie must fight to ensure Thaddeus doesn't forget who he is, as well as find a way to stitch a place for herself in this foreign land.
Pick up a copy here...
Tapestry of Light: Duffy: 9780764235641: Amazon.com: Books 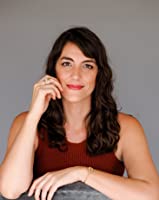 Kimberly Duffy is a Long Island native currently living in Southwest Ohio. When she's not homeschooling her four kids, she writes historical fiction that takes readers back in time and across oceans. Her books feature ahead-of-their-time heroines, evocative settings, and real-life faith. Kimberly loves trips that require a passport, recipe books, and practicing kissing scenes with her husband of 20 years. He doesn't mind.You can find Kimberly at:www.kimberlyduffy.comhttps://www.facebook.com/AuthorKimberlyDuffy/https://www.instagram.com/kimberlyduffyauthor/
My Thoughts...
I got to go to India and Britain in one book , What?
This was such a treat and the struggle with belonging and identity we a strong part of this book.
I will say I needed more of Everette he was by far my favorite.
Look at this cover is this not great.
You need to grab a copy of this 4 star historical greatness.
The Mary Reader received this book from the publisher for review. A favorable review was not required and all views expressed are our own.
Posted by Mary Jackson at 4:01 AM