The Threat Below J. S. Latshaw 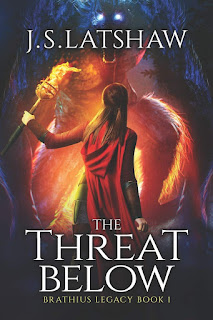 Three hundred years ago, a lethal and mysterious threat arose and pushed humanity to the brink of extinction. Now, a small remnant - the descendants of the few survivors who escaped the massacre below - lives above the clouds, on the top of a mountain. But now their water supply is being poisoned. Something down below is trying to kill them. Now an expedition, including seventeen year-old Icelyn Brathius, must descend and face the horror that wiped out civilization centuries ago.
As Icelyn faces dangers in a world humans are not meant to survive, she learns that not everything is as it seems, uncovers an ancient revelation, and faces a choice that will change the fate of everyone above and below the clouds. Will Icelyn be strong enough to survive - and bear a terrible secret?
Join Icelyn Brathius as she leaves everything she has ever known to journey to the place no one was ever supposed to go.
Pick up your copy here...
Amazon.com: The Threat Below (Brathius Legacy Series) (Volume 1) (9780692463598): Jason Latshaw: Books 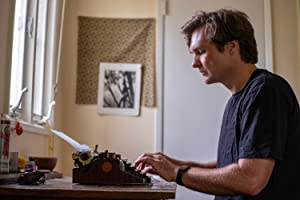 Jason Latshaw is a writer who lives in Los Angeles.
Latshaw has always enjoyed writing. (All writers say that but he states "it's true with me and other writers are all probably lying".) Even when he's not writing, he is, just without a pen or a keyboard. That's why there's often a blank look on his face.Latshaw has an MFA in Screenwriting from UCLA. He also writes television and film scripts.Latshaw was almost kidnapped when in the third grade and (according to the police there at the time) would have been pressed into the sex slave trade in Egypt. He believes his life would have been very different had that happened.In his spare time, Latshaw enjoys believing in Bigfoot, Nessie, Chupacabra, the Jersey Devil and all manner of cryptozoological creatures because the world is more fun that way, but in his quieter more honest moments he'll admit that he's afraid that maybe they are all just made up.
In his darkest moments, Latshaw is afraid of three things: Serial killers, Alien Abductions, and Sharks. He recently heard a radio show about an entity called the Hat Man the other night, and the Hat Man is trying his hardest to join the club.
My Thoughts...
They said this was a Young adult book but I beg to differ. I found it a book that you could not put down, mysteries are always intriguing. This was a first for me I don't usually read this genre so I will have to say Latshaws voice is very well developed. I gave this book 3 stars and I am heading off to read book two in this series now.                                             The Mary Reader received this book from the publisher for review. A favorable review was not required and all views expressed are our own.
Posted by Mary Jackson at 4:12 AM