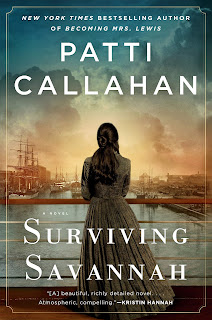 When Savannah history professor Everly Winthrop is asked to guest-curate a new museum collection focusing on artifacts recovered from the steamship Pulaski, she's shocked. The ship sank after a boiler explosion in 1838, and the wreckage was just discovered, 180 years later. Everly can't resist the opportunity to try to solve some of the mysteries and myths surrounding the devastating night of its sinking.
Everly's research leads her to the astounding history of a family of eleven who boarded the Pulaski together, and the extraordinary stories of two women from this family: a known survivor, Augusta Longstreet, and her niece, Lilly Forsyth, who was never found, along with her child. These aristocratic women were part of Savannah's society, but when the ship exploded, each was faced with difficult and heartbreaking decisions. This is a moving and powerful exploration of what women will do to endure in the face of tragedy, the role fate plays, and the myriad ways we survive the surviving.
Pick up your copy here...
Amazon.com: Surviving Savannah (9781984803757): Callahan, Patti: Books 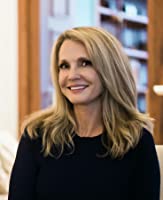 Patti Callahan Henry is a New York Times and USA Today best-selling novelist of fifteen novels, including the historical fiction (writing as Patti Callahan) BECOMING MRS. LEWIS—The Improbable Love Story of Joy Davidman and C.S. Lewis. In addition, she is the recipient of The Christy Award—A 2019 Winner "Book of the Year.” ; The Harper Lee Distinguished Writer of the Year for 2020 and the Alabama Library Association Book of the Year for 2019, and the RNA UK finalist for Romantic Historical Fiction.Her newest novel SURVIVING SAVANNAH will be released on March 9, 2021 by Penguin Random House/Berkley Publishing.She is also the co-founder of the Facebook weekly show Friends and Fiction.The author is also the host of the popular seven-part original "Behind the Scenes of Becoming Mrs. Lewis Podcast Series" launched, October 2019. The podcast audiobook collection including bonus material was released January 2020, and available now. The new expanded Becoming Mrs. Lewis paperback edition was released March 2020, and available now.On March 9, 2021, SURVIVING SAVANNAH—a new historical fiction novel based on the true story of the Steamship Pulaski wreck will be released and available for pre-order now.THE FAVORITE DAUGHTER (writing as Patti Callahan Henry—Southern Contemporary Fiction) was launched in June 2019, and THE PERFECT LOVE SONG—A Christmas Holiday novella released October 2019.Patti Callahan is the co-host and co-creator of the popular weekly Friends and Fiction Facebook Live Show and podcast, featuring the five bestselling authors Mary Kay Andrews, Kristy Woodson Harvey, Kristin Harmel, and Mary Alice Monroe with endless stories, special guests, and a way to connect readers and writers.A full-time author and mother of three children, she now resides in both Mountain Brook, Alabama, and Bluffton, South Carolina with her husband.Patti's StoryGrowing up in Philadelphia as the daughter of a Presbyterian minister, Patti learned early the value of storytelling. At the age of twelve, her family moved to South Florida where Patti found the sanctuary of libraries and began her slow but steady journey into understanding the power of story to navigate confusing times in life.Patti attended Auburn University for her undergraduate work, and Georgia State University for her graduate degree. Once a Pediatric Clinical Nurse Specialist, she now writes full time. The mother of three children, she now lives in both Mountain Brook, Alabama and Bluffton, South Carolina with her husband.
My Thoughts...
Southern fiction at its best.  this one has it all mystery, friendship, forgiving, tragedy. and so much more. It was masterfully written and left me wanting more.
I hope that every one gets to read this one.
You won't be sorry. The plot and the characters and  the whole story were amazing.
5 stars and I highly recommend this one.
The Mary Reader received this book from the publisher for review. A favorable review was not required and all views expressed are our own.
Posted by Mary Jackson at 3:18 AM