A Flight of Arrows By Lori Benton 4 Book Giveaway! 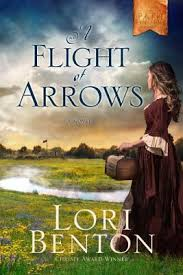 Hearts are Divided Loyalties Will Be TestedThe Fates of Two Families Hang in the Balance   Twenty years past, in 1757, a young Redcoat, Reginald Aubrey stole a newborn boy—the lighter-skinned of Oneida twins— during the devastating fall of Fort William Henry and raised him as his own.   No one connected to Reginald escaped unscathed from this crime. Not his adopted daughter Anna. Not Stone Thrower, the Native American father determined to get his son back. Not Two Hawks, William’s twin brother separated since birth, living in the shadow of his absence and hoping to build a future with Anna. Nor Lydia, who longs for Reginald to be free from his self-imposed emotional prison and embrace God’s forgiveness— and her love.   Now William, whose identity has been shattered after discovering the truth of his birth, hides in the ranks of an increasingly aggressive British army. The Redcoats prepare to attack frontier New York and the Continentals, aided by Oneida warriors including Two Hawks, rally to defend it. As the Revolutionary War penetrates the Mohawk Valley, two families separated by culture, united by love and faith, must find a way to reclaim the son marching toward them in the ranks of their enemies. Book 2 in the Pathfinder Series 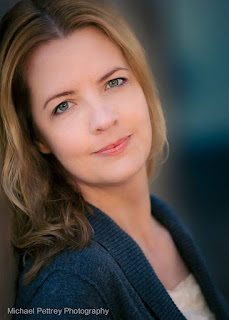 Lori Benton was born and raised east of the Appalachian Mountains, surrounded by early American and family history going back to the 1600s. Her novels transport readers to the 18th century, where she brings to life the Colonial and early Federal periods of American history, creating a melting pot of characters drawn from both sides of a turbulent and shifting frontier, brought together in the bonds of God's transforming grace. Lori's debut novel, Burning Sky, earned the 2014 Christy Award for First Novel, Historical, and Book of the Year. 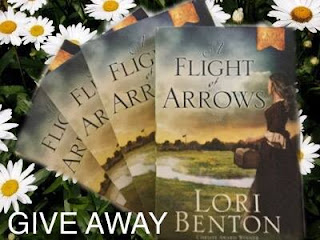 
Lori Benton is good at what she does which is writing historical fiction novels. While reading you can feel the amount of research she did before writing the story. The character development carries from the first book. There are events in each character's lives that is life changing. This is a Christian story that has an untold theme of faith and forgiveness with a little bit of clean romance. The book is the second in a series, however, it can be read as a stand alone book.
I give this book 4 stars. If you like historical reads give this one a try.
I was given a copy of this book by Wynn Wynn Media for my honest review.
Posted by Mary Jackson at 7:45 AM