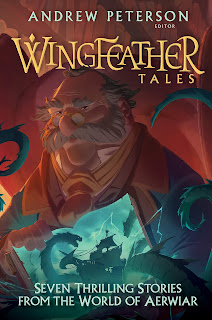 In hardcover at last, featuring new illustrations and the first-ever Wingfeather comic, now in print for the first time! Return to the world of the Wingfeather Saga with Andrew Peterson and his all-star author friends.Immerse yourself in a land of bomnubbles and quarreling cousins, sea dragons and book publishers, thieves and Fangs and secret maps. Here within these pages lie seven stories of the distant past, lost adventures, forgotten songs, and heartbreaking histories. The Shining Isle is restored, but Aerwiar is vast—and these authors have tales yet to tell:  •  Explore the inner walls of Yorsha Doon, just West of the Woes of Shreve, on the edge of the Dark Sea of Darkness, from the eyes of young Safiki in “The Prince of Yorsha Doon” from the creator of Aewiar, Andrew Peterson.  •  Jennifer Trafton's warm and whimsical writing brings to life a publishing nightmare populated by the many beasts of Skree in “The Wooing of Sophelia Stupe.”  •  Learn the origins of Ollister Pebmrick's mysterious entry in the Creaturepedia about his encounter with a raggant in “Willow Worlds” by N. D. Wilson.  •  Travel with young Podo Helmer on an epic hunt for sea dragons in “From the Deeps of the Dragon King” from A. S. Peterson.  •  Jonathan Rogers presents “The Ballard of Lanric and Rube,” sung by Armulyn the Bard, tale-spinner of the imaginary Shining Isle of Anniera, in On the Edge of the Dark Sea of Darkness.  •  Discover what life was like for Maraly and Gammon in post-war Skree in “Shadowblade and the Florid Sword"—the first-ever Wingfeather comic—by Andrew Peterson.  •  Douglas McKelvey's epic, heartbreakingly hopeful novella "The Places Beyond the Maps” recounts a father's journey to redemption.You'll also find delightful illustrations by Justin Gerard, Hein Zaayman, Cory Godbey, John Hendrix, Nicholas Kole, Aedan Peterson, Joe Sutphin, Jay Myers, and Doug TenNapel.
Enter a rich, imaginative world that becomes more real, more mysterious, more dangerous, and more beautiful with each story's telling.
Pick up your copy here...
Wingfeather Tales: Seven Thrilling Stories from the World of Aerwiar (The Wingfeather Saga): Rogers, Jonathan, Wilson, N. D., Trafton, Jennifer, McKelvey, Douglas Kaine, Peterson, Andrew: 9780525653622: Amazon.com: Books 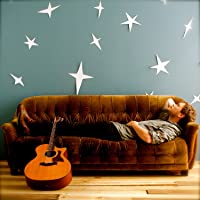 Hey, folks. If you're just discovering me or any of my work, it can be a little confusing because there are several facets to it. Here's the rundown:* I write songs. I also record them to these cool things called CDs and put on concerts around the country. (And beyond! To my great delight, I get to play in Europe every year or so.)* I write books. I've written a four-book fantasy series for young readers called the Wingfeather Saga. I also drew some of the pictures (but not the awesome ones). (WingfeatherSaga.com) I've also written a memoir about the creative life called Adorning the Dark.* I'm the founder of the Rabbit Room, a community of songwriters, authors, and artists interested in storytelling, faith, and fellowship. We have a yearly conference called Hutchmoot, which is as strange and wonderful as it sounds. (RabbitRoom.com)* I've been married for twenty-six years to Jamie, and we have three sweet (grown) children: Aedan (22), Asher (21), and Skye (18). Jamie and I live in a magical place we call the Warren, just south of Nashville.The common thread in all this is my love for Christ and his Kingdom, my belief in the power of story and art, and my need for family and community. If I had to boil it all down, I'd say this: I want to use my gifts to tell the truth, and to tell it as beautifully as I can.That ought to get you started. For a more in-depth look at what I do, visit Andrew-Peterson.com. Thanks!
My Thoughts...
This book is full of novellas very well written novellas. I enjoyed it so much and the icing on the cake is the illustrations. The comic chapter was so much fun.
You have to grab a copy of this 4 star book full of novellas for your little one. It would be great in their Easter basket.
The Mary Reader received this book from the publisher for review. A favorable review was not required and all views expressed are our own.
Posted by Mary Jackson at 4:02 AM