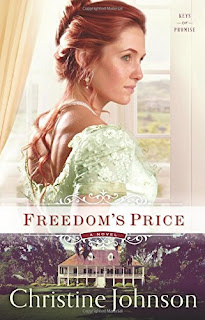 When Englishwoman Catherine Haynes loses both her parents and her home in 1856, she decides to cross the Atlantic to find her American mother's family in Louisiana. She enlists the help of Tom Worthington, a dashing Key West man who makes his living salvaging wrecked ships, but whose real goal in life is to bring to justice the man who stole his father's ship and caused his untimely death.

When Catherine finally arrives at her family's plantation, she finds it in disarray and her family absent landowners. Torn between returning to Key West with Tom or beginning the hard work of restoring the plantation, Catherine soon finds herself snared in a plot to steal her inheritance. When an incredible secret comes to light, both she and Tom will face a choice. Can they relinquish the dreams that have been holding them captive in order to step forward in faith--even if it costs them everything? 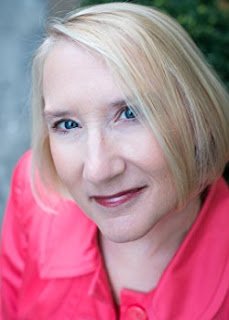 A small-town Michigan girl, Christine Johnson has lived in every corner of the state's Lower Peninsula. After trying her hand at music and art, she returned to her first love--story. She holds degrees in English and library studies and works part-time as a librarian. She feels blessed to write for Love Inspired and Revell.

When not at the computer keyboard, she loves to hike, kayak, and explore God's majestic creation. She and her husband split their time between northern Michigan and the Florida Keys. Christine enjoys hearing from readers through her web site at http://christineelizabethjohnson.com.

My Thoughts...
Freedom's Price is book three in the Keys of Promise Series. It can be read as a stand alone, but I would read all three only because they are good reads.
The Characters are strong and well rounded. It's a light historical romance. An easy light read for a weekend read.
I gave this book 4 stars. Give it a try.
The Mary Reader received this book from the publisher for review. A favorable review was not required and all views expressed are my own.